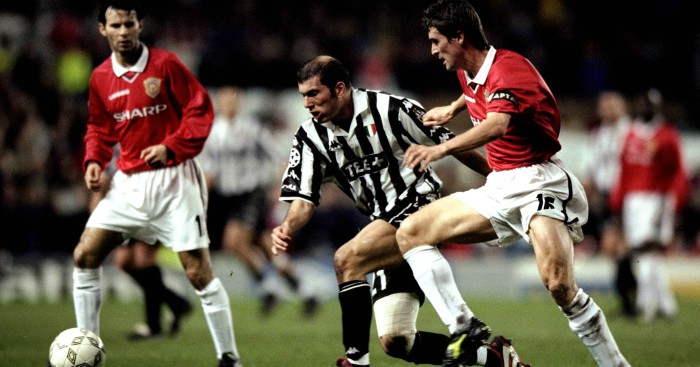 Roy Keane was typically forthright in expressing his disdain for Arsenal’s latest “shambles” and Jack Wilshere, “the most overrated player on the planet”. Wilshere isn’t certainly not the only player not rated by the former Manchester United captain, as some of these quotes show. But Keane is capable of complimenting a talent when he feels they deserve it…

Lionel Messi
“I was a big fan of Maradona growing up and of the current crop Ronaldo is good but Messi is the best I’ve ever seen. I don’t dish out praise lightly but Messi deserves it. I look for weaknesses in his game and I can’t find them.”

Cristiano Ronaldo
“Brilliant. Brilliant. Talented guy. Good looking lad. Ronaldo was also a decent lad. It’s no surprise to see what he is doing now. Scores lots of goals, does it every season, doesn’t get injured and scores in big games.  I’m a big fan of Ronaldo.

“I liked Ronaldo straight away. He had a nice presence about him and a good attitude. After watching him train for a few days I thought: ‘This lad is going to be one of the best players in the world.’

“He was 17, but he was immediately one of the hardest working players at United. He was good looking and he knew it. Looking at some of the other players in front of the mirror I would think: ‘You f*cking nugget.’ But Ronaldo had an innocence to him and a niceness.”

Zinedine Zidane
“He was a top player,” said Keane last year. But he was rather more gushing when describing his midfielder rival in 2000.

“The best player I’ve ever come up against would have to be Zidane. It seems so easy for him. He works hard on his game, he is a physically strong player, he’s got a great attitude and has all the attributes.”

Paul Scholes
“Scholesy was a top, top player. But I still don’t fall for that boy-next-door image, or that he’s dead humble. He has more of an edge to him. Everyone thinks he lives in a council flat.

“No celebrity bullshit, no self-promotion – an amazingly gifted player who remained an unaffected human being.”

Patrick Vieira
“I don’t think we’ll ever be bosom buddies buying each other a drink in the pub but out of everybody I ever faced as a player, he drove me to become better,’ he said.

‘Obviously Arsenal were the team that really challenged Manchester United and, for a short time, went past us. And as their leader Patrick was immense. Without doubt I’d put him alongside Zidane, Scholes, Gerrard and Lampard as one of the very best I’ve ever played with or against, he was that good. On his day, when he was driving Arsenal on with the sheer force of his personality, he was unplayable.”

Frank Lampard
Speaking in 2008 – “If you’d asked me seven or eight years ago I would have said I wasn’t Frank Lampard’s biggest fan. But his all-round game has improved massively.

“He’s had to work at his game. I don’t think he’s been naturally the most gifted player in the world. From what I hear he’s a good one to practise and he’s improved to be one of the best midfielders in the world. Credit to him for that. He’s more of an all-round package now than he was at West Ham when he was probably carrying too much weight, not that he was fat.

“His goals record is unbelievable, just like Steven Gerrard and Paul Scholes. We see a lot of players who come on the scene and just fade away. But he seems as hungry as ever and plays lots of games. He looks after his body. He’s a fit lad and when you’ve got a midfielder who can put the ball in the back of the net it’s bloody priceless. When you look at him and Gerrard, by God, Fabio Capello’s a lucky man to have two such outstanding players.”

Eric Cantona
Cantona led by his presence more than anything else – his charisma. A captain doesn’t have to be loud; Eric rarely said a word.”

Gareth Bale
“Bale is a world class player. What you find is that players and coaches have tried to come up with a plan [to stop him] before, but top players figure it out and affect the game anyway. Bale has done that for a number of years on the big occasions.

“The basic advice to any player if you’re up against a world-class player: somebody get to him, get to him as quick as you can, don’t let him get his head up like he does at Real Madrid. Don’t give him space in behind because the boy can run. Tackle him. Hit him – fairly. Tackling is part of the bloody game.”

Harry Kane
“I think he is [in the world class bracket] and if he keeps improving the way he is doing, he will be up there with the Ronaldo’s in another years.

“Kane is outstanding. His overall play, hold-up play and his movement, this kid is the real deal. He needs to be in the latter stages of the Champions League for that to happen, but the rate he is going at, baring injury, he will be up there with the best.”

Romelu Lukaku
“He is a good player at a good age. He knows the Premier League. He was a bargain at £75 million, it was obvious he was going to score goals,”

Paul Pogba
“Pogba is a really good player. He’s under lots of pressure at the moment, lots of speculation about him, but you’d still have Pogba in your starting eleven.

“I look at Pogba off the field and he seems to have a big personality whether it be social media, the cars he drives, his haircut….he needs to bring all that on to the football pitch.

Dele Alli
“I think he needs that [the edge to his game]. The last few years I’ve been looking at him he seems to have that, he gets involved in stuff.

“Sometimes you think he shouldn’t get involved in some of the stuff but I think it adds to his game. When he’s on edge or a little bit angry he seems to play better. As long as he doesn’t get involved in too much immature stuff…”

“Wayne was on about lack of composure and quality, and he was as guilty as anybody. He needs to step up to the plate. Wayne’s legacy at Manchester United is absolutely fantastic. His goals record is brilliant, but now he’s the captain there’s a bit more responsibility and he has to do a lot more.”

Rio Ferdinand
“Just because you are paid £120,000 a week and play well for 20 minutes against Tottenham, you think you are a superstar.”

Kieran Gibbs
Speaking after Arsenal had suffered a 10-2 aggregate defeat to Bayern Munich last year: “When I see Gibbs with the captain’s armband on at the end of the game, you’re in trouble.”

Diego Costa
“I know he did well for Chelsea, but to me he’s big trouble. He looks a bit of a balloon.”

Alberto Moreno
After the Europa League final in 2016: “What he’s doing for the penalty, you wouldn’t see a child doing it. It’s pure madness for an international player to do that. You look at the free-kick he gave away, that’s nothing to do with the manager. This has nothing to do with team shape or mentality.

“I know it’s a team game, but sometimes you have to point the finger and say ‘you’re killing us, you’re costing us’.”

Ashley Young
After Young had been caught out diving again in 2015: “I think the guy’s a disgrace and if he’s a Man United player I’m a Chinaman,”

In 2018: “I’ve always thought with Ashley Young in your back four, you are going to struggle.”