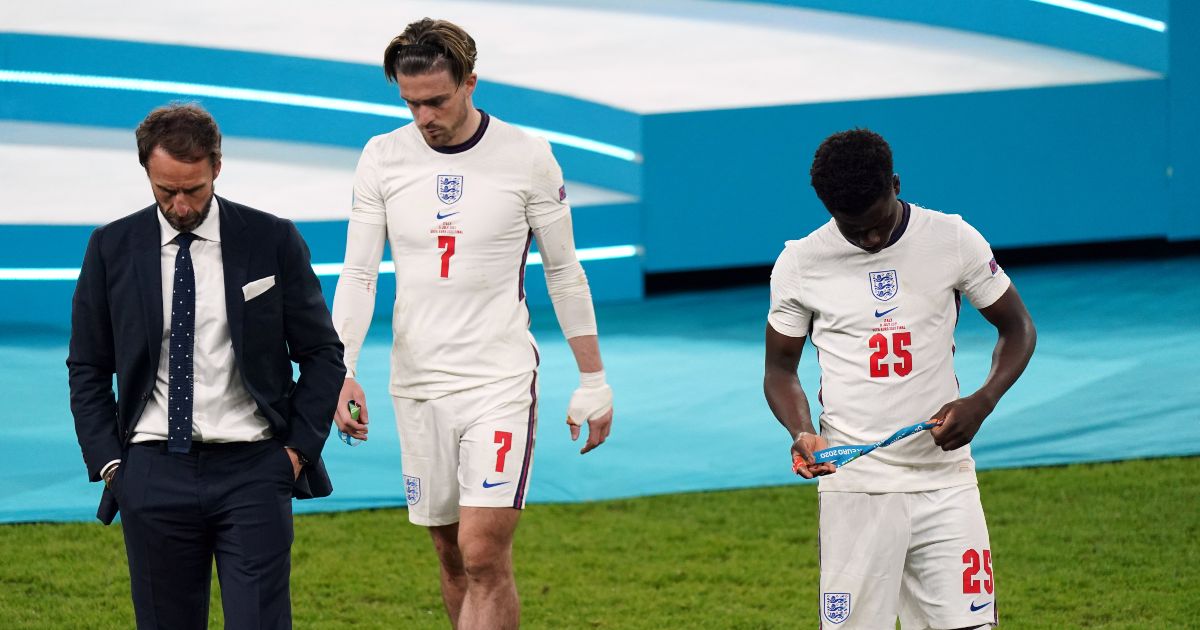 Roy Keane named two players who should have stepped up to take a penalty ahead of Bukayo Saka in England’s Euro 2020 final penalty shoot-out defeat.

The fifth and final spot-kick – after Jordan Pickford had saved two Italian penalties and Marcus Rashford and Jadon Sancho had seen theirs saved – was taken by 19-year-old Saka, who has never taken a penalty in senior football.

His effort was saved by Gianluigi Donnarumma to leave the Arsenal man in floods of tears.

“If you’re (Raheem) Sterling or (Jack) Grealish, you cannot sit there and have a young kid [Saka] go up for a penalty ahead of you, you can’t,” Keane told ITV.

“You cannot let a shy 19-year-old go up in front of you. They have a lot more experience, Sterling has won trophies, they had to get in front of the young kid and stand up.”

Rashford and Sancho were new to the pitch when they missed, and Alan Shearer told the BBC: “It’s a big ask to put players on with a minute to go and say ‘go and take a penalty’ when they’ve had no feel of the ball. You’re put in a position.”

Ferdinand added: “That’s happened for years, the last five, four, three minutes, players go on as takers. Marcus Rashford is a recognised taker. It happens. We look down the years, the biggest and best players miss penalties. Big players of the past… Baggio… they’ve missed penalties.”

Ian Wright had words of comfort for Saka after his missed penalty sealed victory for Italy. He said on ITV: “He is more than capable of taking that penalty. He is brave enough to take it. I am devastated for him.

“We have done brilliantly to get to where we got to but in the end we just got pipped.”

“But I think the most important thing for us now as a team is obviously to be there for him.

“We gave him a big hug, told him to keep his head up, it happens.

“It’s a penalty shootout, anything can happen as a lot of people know. It’s an experience he’ll learn from but we’re all behind him, he knows that.

“Not just him, Rashy and Sanch, we’re with them all, we win as a team and lose as a team. There’s no individuals who cost that.”