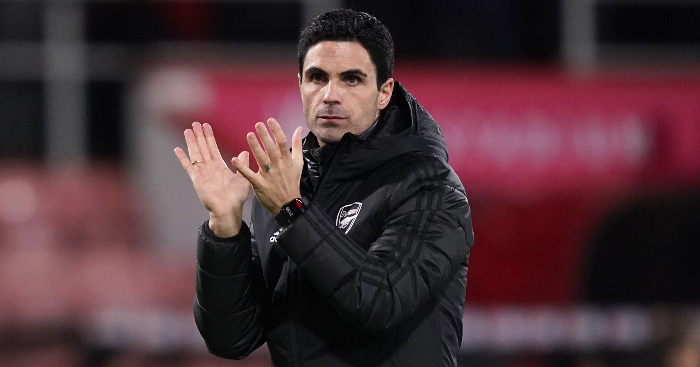 The Gunners were beaten 3-1 by Liverpool at Anfield, despite taking the lead through an Alexandre Lacazette goal.

Sadio Mane equalised moments later, Andrew Robertson but Liverpool ahead, before Diogo Jota came off the bench to wrap up the three points.

There is no doubt Arsenal have improved under Mikel Arteta, but Keane is adamant the defence remains a “big problem” for the Spaniard moving forward.

“There’s no getting away from that but he will still want some improvement,” Keane told Sky Sports.

“His hands are tied which is a big problem because he still needs a couple more players in.

“We saw again tonight that defeneivsly – I still think David Luiz, Kieran Tierney and Rob Holding, there’s big question marks over them. Luiz still has that mistake in him.”

Arteta does have William Saliba and Gabriel as new options to play in defence should he choose to change-up his backline.

The Arsenal boss is hoping to add to his squad, but midfield is thought to be his priority, with Houssem Aouar and Thomas Partey his top targets.