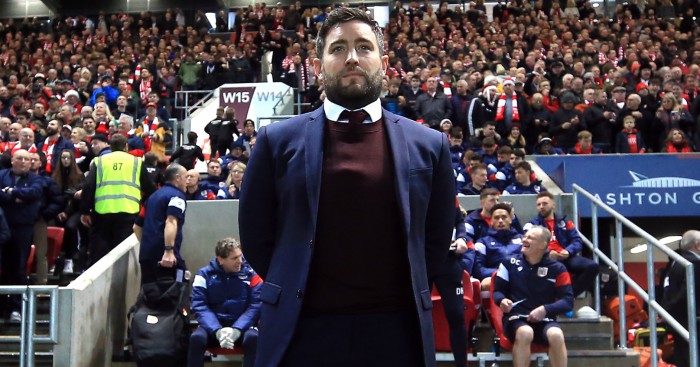 Lee Johnson has praised his Bristol City players for each doing “a man and a half’s job” while knocking Man Utd out of the Carabao Cup.

Korey Smith’s stoppage-time strike secured a stunning 2-1 victory for City as they took a fourth Premier League scalp in the competition this term, with United going the same way as Watford, Stoke and Crystal Palace.

Johnson celebrated by swinging an equally jubilant ball-boy in the air, and he added: “Someone said I’d picked up my bigger brother! I didn’t know what to do. Laugh, cry, cuddle each other, no-one knew.

“I was going to run on the pitch, then realised I couldn’t. So it was great to see him (the ball boy). I needed to celebrate with someone.

“To beat Manchester United at home is a historic occasion, and that Korey Smith goal at the end will live in the memory for many generations.

“You don’t beat Manchester United if you are Bristol City unless every single player is doing a man and a half’s job. These players now will have a bond forever.

“We have beaten four Premier League teams now. It’s Roy of the Rovers.”

Jose Mourinho acknowledged “a beautiful day for football” while criticising some of his United players.