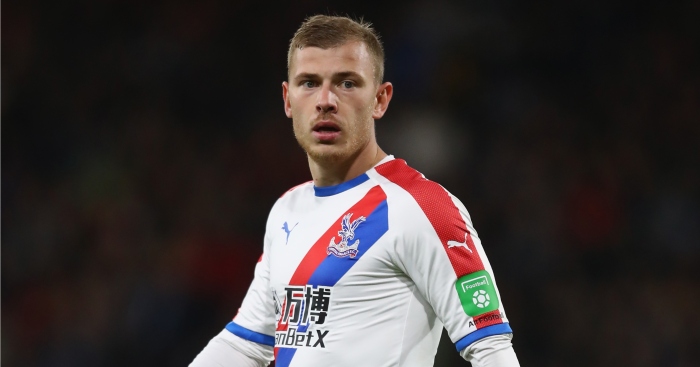 On October 11, 2016, Max Meyer sat on the bench while Germany completed a regulation 2-0 win over Northern Ireland in World Cup qualifying. He was presumably disappointed to play no part in the match, but Mesut Ozil, Thomas Muller and Julian Draxler were a tough triumvirate to shift.

On October 11, 2018, Max Meyer played (and scored) as Crystal Palace beat Dulwich Hamlet 5-0 in a bizarre mid-season friendly. His teammates included Jonny Williams, Sullay Kaikai and Jason Puncheon – clearly a tough triumvirate to shift out of the club.

You could argue that Germany have taken several backwards steps in that two-year period, but Meyer could not be further away from those salad days if he had literally turned on his heels and ran in the opposite direction. Just a few months after unexpectedly signing for Palace, they look primed for an unexpected relegation battle and Meyer has been unexpectedly restricted to a bit-part role. The only predictable thing about Palace this season has been the starting line-up; ten of their players have started every game for which they have been fit.

That statistic would make sense if Palace were like Wolves, who have named the same starting XI eight times because they are in seventh place and unbeaten in the Premier League since mid-August. But Palace are in 14th and have scored five goals in eight games that have only reaped two victories against relegation battlers. If it ain’t broke, don’t fix it; but Palace are faulty and Roy Hodgson is refusing to open his toolbox.

There is an understandable reluctance among Palace fans to raise any dissenting voices about Hodgson’s management after the astonishing escapology act of last season, but the politest of questions should now be asked about his refusal to make changes. It is extraordinary that none of the players bought while he has been manager have even remotely established themselves at the club: Jaroslaw Jach has already left on loan, Alexander Sorloth is a Plan B for Barely Used, the limited Jordan Ayew is playing only in the absence of Christian Benteke, Cheikhou Kouyate has started just two (unbeaten) Premier League games and Meyer has been trusted only once. He played well against Bournemouth and was promptly dropped.

Palace pulled off the remarkable coup of signing one of the most talented German players of his generation – who had long been linked with Arsenal and Liverpool – and it now feels like a particularly bad joke that he is playing second fiddle to Jeffrey Schlupp. Hodgson repeatedly claims that Meyer is “in his thoughts” and then repeatedly plays a central midfield pair of Luka Milivojevic and McArthur, leaving a chasm between them and a front pair predictably starved of service.

You will not be surprised to learn that Meyer has created more than double the chances of Schlupp in less than half the time, or that Meyer tops Palace’s list of players measured on key passes per 90 minutes. Of course he does. Second and third on that list are Sorloth and Kouyate, two more players largely restricted to the bench as last season’s Palace heroes toil. Hodgson’s answer to losing the creativity of Yohan Cabaye and Ruben Loftus-Cheek appears to be to carry on regardless and hope for more magic from Wilfried Zaha and Andros Townsend. Which is an odd tactic when you have a bona fide magician on your bench.

It must feel like sacrilege to question Uncle Roy but Palace fans are craving a change of formation that would feature Zaha and Townsend either side of a striker and Meyer in an advanced midfield role in front of two more defensive-minded midfielders. They desperately need to see positive change, particularly as they enter a spell that sees them face Everton on Sunday and then Arsenal, Chelsea, Tottenham and Manchester United.

Now is not the time to name the same players in the same formation, cross fingers and just hope something miraculously changes. For the first time at Palace, Hodgson is under scrutiny. His reaction could define Palace’s season.