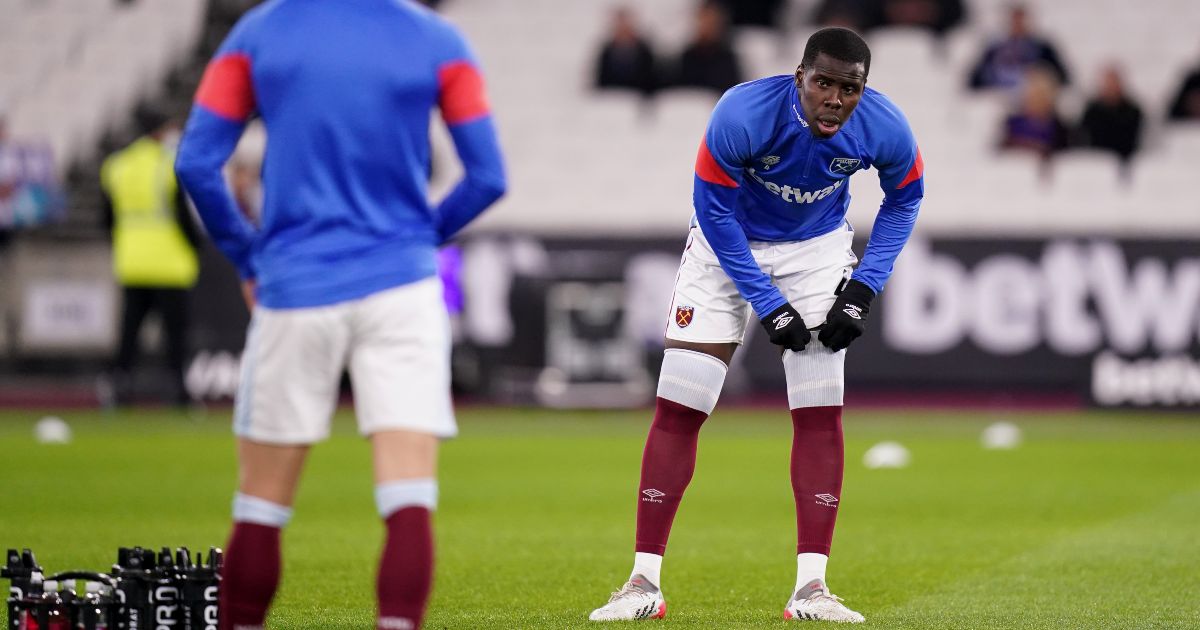 The RSPCA have released a statement to confirm that they have taken two cats away from West Ham defender Kurt Zouma after he was filmed kicking and slapping them.

The Hammers defender has been widely condemned after a video emerged of him dropping, kicking and slapping the animal.

The RSPCA swiftly rebuked the “very upsetting” video after it surfaced online and will be leading the investigation and co-operating with Essex Police.

Moyes is Johnsonian in defence of cat-kickers and anti-vaxxers

More than 140,000 people have signed an online petition on Change.org, started by Anti Animal Abuse, calling for Zouma to be prosecuted amid a growing public backlash.

While West Ham said they “unreservedly condemn” the actions of Zouma, who has apologised, the France defender was selected by boss David Moyes in the starting line-up for Tuesday’s 1-0 win over Watford.

And now the RSPCA have announced that they have taken Zouma’s two cats in their custody in order to protect their “wellbeing”.

In a statement today the animal charity said: “The two cats are now in RSPCA care. Our priority is and has always been the wellbeing of these cats.

“They’ve been taken for a check-up at a vets and then will remain in our care while the investigation continues.

“We’re grateful to everyone who expressed their concern for these cats. We were dealing with this issue before the video went viral online and are leading the investigation.

“We continue to investigate so we cannot comment further at this time.”

Update on viral footage of cats
We’d like to reassure people that we’re investigating and the cats are safe and in our care. We have been dealing with this since before the clip went viral online and we need to follow the proper legal process and not discuss due to UK GDPR laws. pic.twitter.com/LticInSmpn

And it was also announced on Wednesday that West Ham have fined Zouma the “maximum amount” and donated it to animal charities as the Hammers released a statement to the press.

Meanwhile, West Ham United Supporters’ Trust has called for Zouma to face the same punishment as anyone else would do over the treatment of his pet cat and suggested that he spends time with the RSPCA to “see the consequences of his own actions”.

WHUST treasurer Kevin Hind, who was at the game, told the PA news agency: “The video which we saw was absolutely horrific. Cruelty to animals is completely unacceptable.

“These footballers, including Zouma, are role models to people, particularly young people. If they are seen to be getting away with this kind of behaviour then it shows impressionable people that they can also get away with the behaviour too.

“I don’t think any of us were impressed with Zouma having been played last night.”

Hind added: “Professional footballers should not be treated like God – if footballers break the law, they should be punished.

“In terms of animal cruelty, if this had occurred in any other field of work, the employee concerned would have been suspended if not summarily dismissed.

“If he is actually prosecuted and it is a fine, I would guess it would not really hit him hard in the pocket.

“We have suggested he should be required to donate at least a week’s salary to the RSPCA or Cats Protection and do community service with them so he can see the consequences of his own actions.”