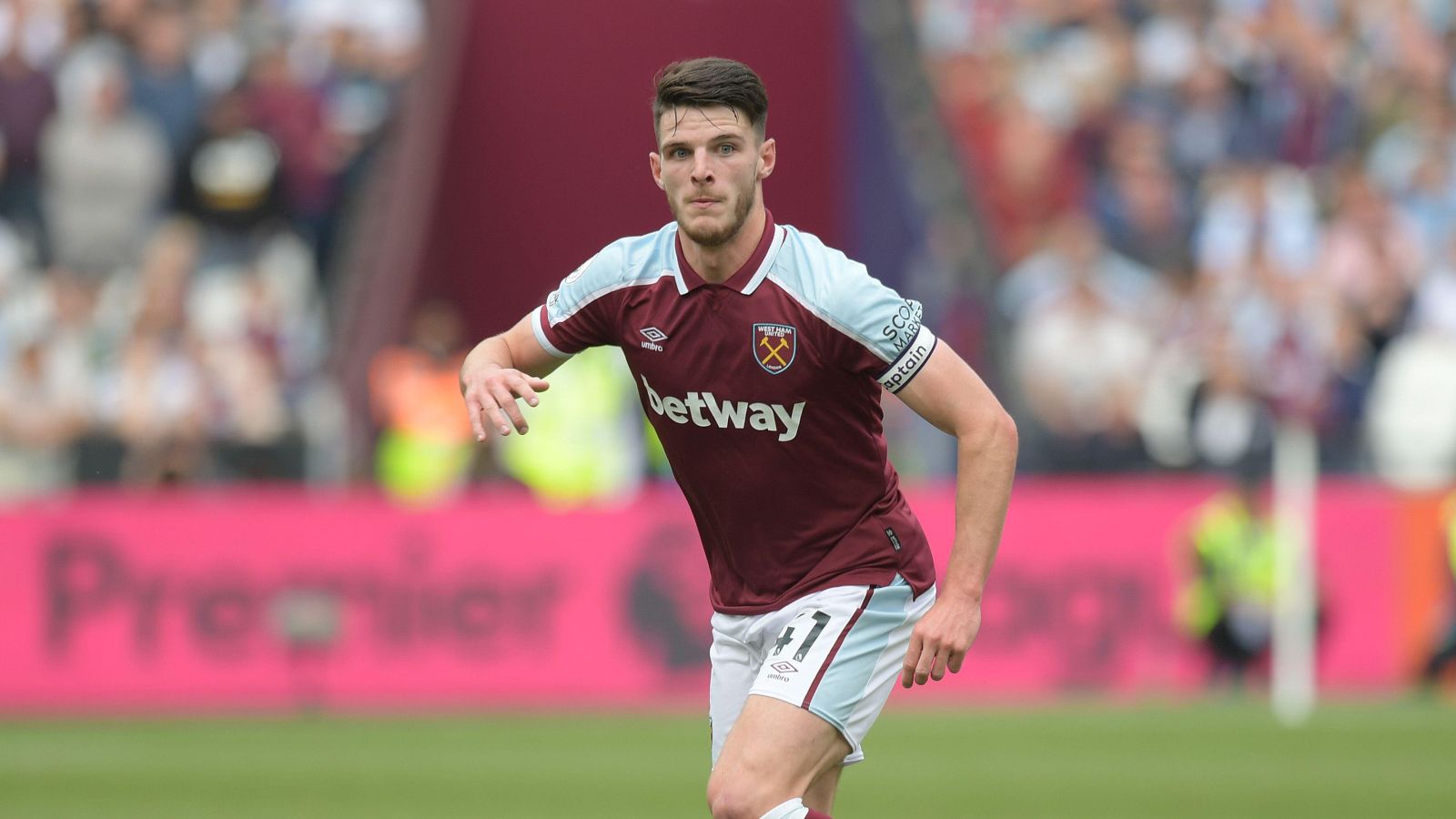 After years of appearing on podcasts and in newspaper columns talking about the club and its transfer dealings, the usually loquacious Sullivan has been kept fairly buttoned-up over the last season or so.

Granted, the 73-year-old has a new squeeze in the 40-something Real Housewife of Cheshire Ampika Pickston to keep him busy. Managing an Instagram page and jet-setting around the world looks like hard work.

So when he takes time off from wearing white suits and slippers around Marbella to talk about West Ham it’s usually worth a listen.

He told Hammers News that a deal to flog Rice for an eye-watering amount was never going to happen this summer, and debunked reports that Chelsea had gone as far as structuring the payments of the deal.

“Rubbish, he was not for sale this window at any price,” Sullivan told Hammers News. “We said that at the start of the window and stuck to it.”

The majority of West Ham fans have come to terms with the fact that Declan Rice will leave the east London club at some point in the near future.

The 23-year-old has two years left on his current deal and recently rejected an eight-year contract from the club believed to be worth around a huge £200,000 a week.

It was widely known that West Ham weren’t prepared to sell Rice during the summer transfer window and he was unlikely to want to move before a World Cup and sit on the bench at one of the big six clubs, like fellow England midfielder Kalvin Phillips has done at Manchester City.

Crucially, Sullivan has not offered a ‘hands off’ warning to clubs chasing Rice’s signature, and the words ‘this window’ mean that he is probably expecting to do some business next summer. Especially if West Ham fail to qualify for Europe this season.

The feeble plus side for West Ham fans is that Declan Rice has started the season with some very below-par performances, so they’ll be hoping people stop noticing him and move on and sign somebody else…Good luck with that.

Meanwhile, both Rice and boss David Moyes have avoided censure for their comments following the Hammers’ disallowed equaliser at Chelsea on Saturday.

Rice had tweeted after the game: ‘That’s up there with one of the worst VAR decisions made since it’s come into the game. Shambles.’