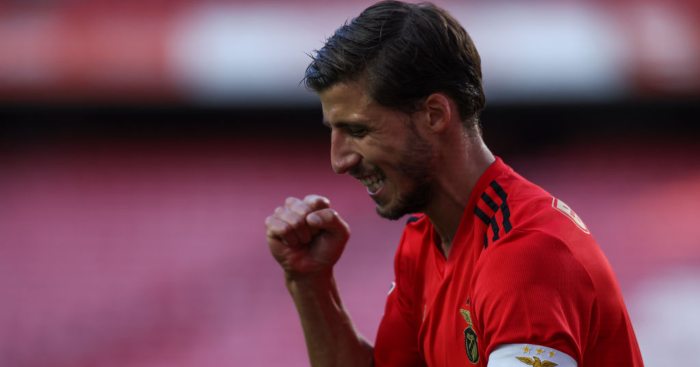 Benfica have reached agreement with Manchester City for the sale of Portugal defender Ruben Dias and signing of Nicolas Otamendi.

The Portuguese club have announced Dias will join City for a fee of 68million euros (£62million) with Argentinian centre-back Otamendi moving in the opposite direction for £15million (£13.6million).

Both deals are subject to the agreement of personal terms at their prospective clubs.

A communication from Benfica announced the club had reached two agreements with the Citizens.

It read: “In the first statement, it said (Benfica) had reached an agreement with Manchester City for the sale of all the rights of central defender Rúben Dias for the amount of 68million euros, plus an additional amount of 3.6million euros, depending the achievement of goals related to the English club’s sports performance.

“The said agreement is dependent on the signing of the player’s sporting employment contract with Manchester City.

“In the second statement, (Benfica) said it had reached an agreement with Manchester City to acquire the full rights of central defender Nicolás Otamendi for the amount of 15million euros.

“This agreement is dependent on the signing of a sports employment contract with the player and medical examinations.”

Dias, 23, will become City’s second defensive signing of the summer after bringing in Nathan Ake from Bournemouth in a deal worth an initial £40million in August.

City had long been linked with Napoli’s Kalidou Koulibaly but moved their attention elsewhere due to the Italian club’s asking price.

Otamendi, 32, is set to move on after a five-year spell at City in which he has won seven major honours, including two Premier League titles.