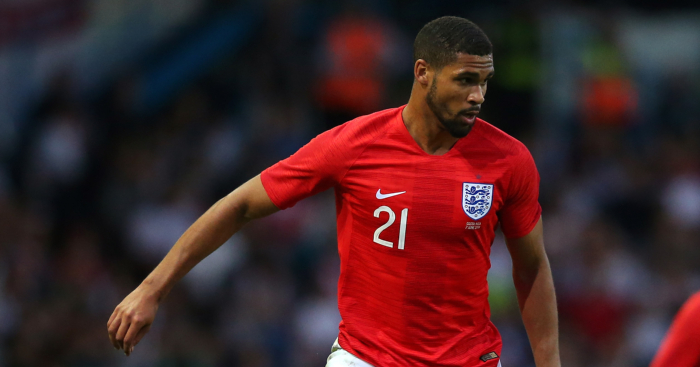 Your chances of making as a footballer are unfathomably small. In his seminal book No Hunger In Paradise, Michael Calvin estimates that 180 of the 1.5 million players who participate in organised youth football in England at any one time will play in the Premier League. Just as bleak is the figure that 0.4% of boys who enter an academy at the age of nine will make a career out of the game. These are the cream of the crop, but most will still go sour.

The academy structure in English professional football therefore becomes a conveyor belt of disappointment, young children fighting to avoid having their hopes crushed by being released, forced to work harder and longer than they should to prolong them. This is more of a nightmare plant than dream factory, given the ratio of those who will actually succeed.

This is exactly why Chelsea and others have been so effective at hoovering up young talent: if they call you don’t say no. The theory is that the higher up football’s pyramid this journey starts, the more likely your probable fall ends at a Football League club rather than the comparative periphery of the non-league game. Getting to Chelsea means you are already in the top 0.001%. Shoot for the moon, hit a star.

Ruben Loftus-Cheek was one of the lucky ones, or one of the ones whose talent earned him fortune. He started playing for Springfield FC in Kent from the age of seven, and soon attracted attention from scouts when he scored 60 goals in his first season. By age eight he had joined Chelsea, and subsequently impressed coaches at every age group. When Rio Ferdinand watched the final of the Nike Cup at Carrington in 2011, one player in that Under-16 game stood out. If this is a conveyor belt of disappointment, the very best are protected from the chop.

Academy life becomes an exercise in ceding control. When someone tells you to jump, you jump higher than you ever have before, only then asking if that was quite high enough. But if that makes it incredibly rare for any young player to feel anything other than subservient to his club, Loftus-Cheek is the exception.

Last Thursday evening, Chelsea’s coaches watched on as their central midfielder starred in for his country. Costa Rica provided meagre resistance and Marcus Rashford was named as the game’s best player, but Loftus-Cheek’s dominance in possession was striking. He dictated the tempo of the play. Thirty-four passes attempted, thirty-four completed. No other player in the match was fouled more often.

It might not be enough for Loftus-Cheek to start England’s first match in Russia, but there is no longer any doubt that he belongs in the senior squad. He was named as Man of the Match against Germany, leading Gareth Southgate to say “I see things in him that lead me to believe he can play at this level and I think he showed that tonight.” And if he belongs at England, he belongs at Chelsea.

But here’s the catch: Loftus-Cheek is the Chelsea player who doesn’t play for Chelsea. He has started six league games for the club by the age of 22, compared to three for England and 21 for Crystal Palace last season. In his entire career, Loftus-Cheek has completed 90 minutes on four occasions for Chelsea. Between August and December, he did so 14 times for Palace. If Chelsea developed him, Chelsea didn’t make him. They are not the reason he will play at the World Cup this summer.

Last May, after Chelsea had won the Premier League title, Antonio Conte was asked about the chances of Loftus-Cheek breaking into the first-team the following season.

“Ruben is a really good player and he is an important prospect for me,” Conte said. “We have to take the best decision for him next season, the best solution. But for sure, Ruben is a young player, from our Academy with a good prospect to become a Chelsea player.”

It will have been noted by Loftus-Cheek and by Chelsea – although they might prefer to ignore it – that none of Bakayoko, Barkley or Drinkwater, signed for a combined £81m, made their respective World Cup squads. Loftus-Cheek did. That should be a source of great embarrassment.

Suddenly, the club has lost the power. Suddenly, the player has control. Loftus-Cheek owes Chelsea nothing, for that is not how this process works. Loyalty and trust are two-way streets.

“Going forward I’ve really realised the importance of playing regularly for my own progress and development,” said Loftus-Cheek on Friday. “I felt like I got better and better every game at Palace so playing regularly is the key going forward and that will help me make my decision after the World Cup.”

Loftus-Cheek may stay at Stamford Bridge, but Chelsea have eroded his gratitude and loyalty. The direct result of the success of England’s youth teams is teaching young players that being grateful to be employed by a high-profile club is not enough. They must demand first-team minutes if they are to mature.

If Chelsea, Arsenal or any other elite club won’t make you feel loved, find yourself someone that will. Loftus-Cheek is proof that taking one step backwards can ignite a surge in the right direction. Should he choose to leave Chelsea this summer, it could well be their biggest mistake.