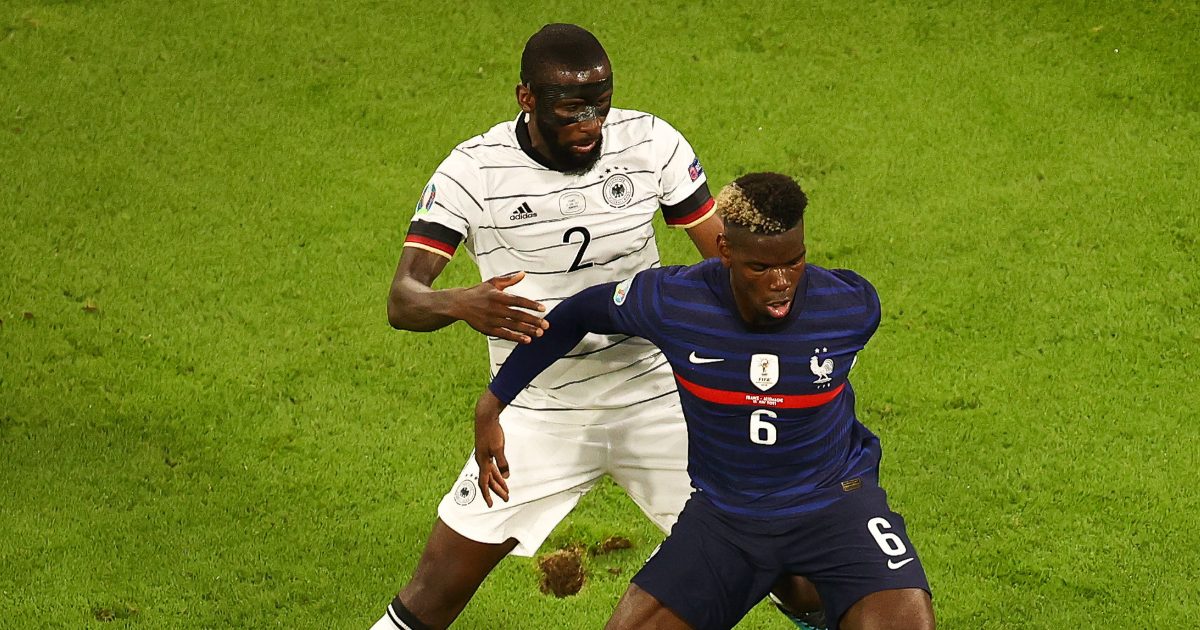 Chelsea defender Antonio Rudiger has admitted that his apparent “nibble” on Paul Pogba “looks unfortunate” but he denies biting the Manchester United star.

The Chelsea centre-back appeared to touch France midfielder Pogba’s back with his mouth during the Group F clash in Munich, which France won 1-0.

The PA news agency understands that will indeed be the case, with organisers UEFA deciding not to open disciplinary proceedings over the matter.

Rudiger himself has attempted to clarify the situation, insisting he did not bite Pogba, although it is understood he does harbour regrets over the incident.

“I should not come close with my mouth to his back, no doubt about it,” Rudiger said.

“It looks unfortunate. Paul and I have talked about it as friends after the final whistle.”

Referee Carlos Del Cerro Grande and his fellow officials took no action during the game, a stance Pogba agreed with.

“I’m not crying for cards, yellow, red cards, because of such actions,” said Pogba.

“He nibbled, I think, a little bit on me. But we have known each other for a long time.

“I told the referee and he takes decisions and he took a decision. It’s over.

“It was a great match for us, and I didn’t want him to be suspended because of such a situation.

“It was towards the end of the match. We hugged each other and that’s it.”

Pogba, meanwhile, will also not face action following suggestions he may have breached Covid protocols by approaching the crowd after the game and handing his shirt to a fan.

Reigning world champions France got their Euro campaign off to a positive start at the Allianz Arena thanks to an own goal from Germany defender Mats Hummels.

Kylian Mbappe and Karim Benzema both saw strikes chalked off for offside and Adrien Rabiot struck the outside of a post as Les Bleus pushed for a second.

Thomas Muller, Ilkay Gundogan and Serge Gnabry could not capitalise on openings for Germany in an engaging contest.