Home Chelsea Rudiger opens up on leaving Chelsea, a penchant for sh*thousery and his ‘special relationship’ with Tuchel 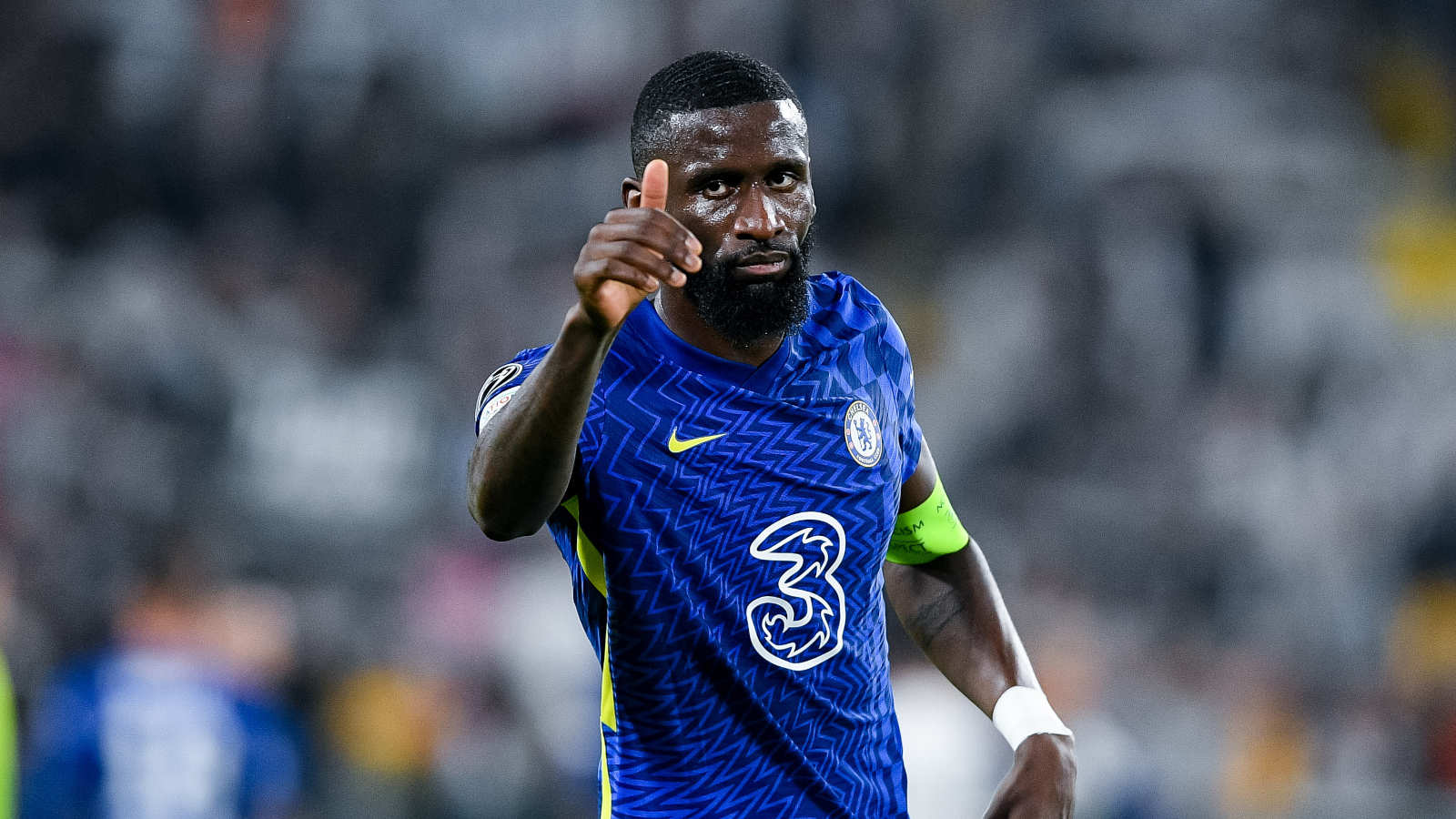 Antonio Rudiger has opened up on his decision to leave Chelsea, his penchant for sh*thousery, the success he’s had at the club and his “very special” relationship with Thomas Tuchel.

Rudiger is set to leave Chelsea this summer on a free transfer and is widely expected to join Real Madrid.

When asked in an interview with the Daily Mail whether he wanted to leave Stamford Bridge, he replied “definitely not” and was surprised when talks over an improved deal stalled for five months as “crazy rumours” over his future began to circulate.

“I was thinking ‘wow’ but I kept quiet,” said Rudiger.

Then Roman Abramovich was hit with sanctions after Russia’s invasion of Ukraine, meaning negotiations were impossible.

“My decision came to the point, to be honest, in March. “The sanctions was something nobody saw coming. It is easy to blame it on that, too easy. For me, there was a gap between August and January, and that made me think ‘what’s going on’.

“You get pressure from other teams because it’s January and people don’t know what’s happening and you would have to wait until June because you have a contender to take over the club but even today you cannot talk to him because you have to go through Government stuff and everything.

“I didn’t want to wait until June to sort out my future because it’s been almost a year of uncertainty.”

Rudiger asked his wife Lauren what she thought was best for their children.

“You have to speak with the missus but the missus put all the pressure on me. She said ‘it’s your decision’ and ‘the kids are still small, it’s not like they have friends already’, So, yeah, it was down to me.

“I’m 29 and I decided to experience something new. Most important was to give everything to the club that was in my power. Some people will not be happy. I can fully understand it.”

Asked about the sanctions and resulting sale of Chelsea, Rudiger said: “Nobody saw it coming. It just hit us. Luton, for example, we were in the locker room. Some guys sit there on their phone and you see this type of message and you think, ‘OK, what the hell is going on’. Then preparing for Norwich and sanctions, woah.”

Rudiger discussed it with his “best mate” Mateo Kovacic: “We’d say, ‘what’s going on’ and ‘do you really think this can happen’. This was hot topic number one. If you don’t talk about it maybe you can say you don’t care. We do care.

“It’s the uncertainty that kills you at the end of the day. Not only for myself, I’m not a selfish person. It’s about the fans, the people who work here, cleaners and chefs. Players would be fine, but what about them? They have families. Then, of course, with my situation, you’re thinking, ‘what is this’.

“People expect us to deliver, deliver, deliver, and I understand that. I get the point but every individual is different. We don’t all have the same mind-set and, for some, maybe this uncertainty is not healthy, and it can do something with your performance.

“We tried our best in that period. We were winning our games and it seemed like it wasn’t in our heads but we are all human and at some point it will touch us, you know, and it did.”

Despite it being widely reported that Rudiger will join Real Madrid, he declined to confirm it: “No, not now, you have to wait,” he smiles. “What I can say, out of respect for the club, maybe you will not see me in England.

“I left Germany early to find myself, to find a new Toni. Learning different languages, seeing different cultures, this is also part of it. Not only the football but also the life challenge. I am excited. I am sure it will be a very nice challenge.”

Rudiger said he will will speak to the team and staff before Sunday’s game against Watford. “Five years is not five months. You get to know people very well and I feel at home here. I arrived as a young boy and I leave as a man. Chelsea made me a man.”

Recalling signing for the club in 2017, Rudiger said: “Like the first step into the dream. I always liked the Premier League and I was coming to Chelsea with their history. This club is about winning. It runs in the DNA.

“Even if you doubt us, we always come up high. This is what I found. And this is what’s so amazing, especially the year we won the Champions League. We were like ninth and came up with something like this. It’s a Chelsea thing and I like that.

“You want to come here and win the Premier League. This is the most difficult trophy to win, really it’s so hard. In my time, you had the dominance of Liverpool and City. They have set the standard very high and we couldn’t match them. We have to be honest.”

Above and beyond his quality, the Chelsea fans adore his aggression on the pitch and his ability to wind up opponents.

“Sometimes, it’s about mind games. It’s a game and this type of game I know how to play. It’s not that I go into the game thinking I have to be like this. It just comes naturally. In the Leeds incident, I defend my teammates, you know. In a way, just to say, ‘OK we can do this but we are also here’.

“If you punch someone you get a 10-game ban. If I do this I hurt my team. It’s all about games. Just games. And I like it. I like it and this is part of it. At the end of the day, we are also entertainers. I think people like it. It’s fun. To me, I like it.”

Rudiger was sidelined by Frank Lampard before Thomas Tuchel arrived but has developed into one of the best centre-backs in world football since, and the German international is very grateful to his compatriot.

“He gave me the chance, he believed in me. I tried everything to deliver for him, for myself, for the team. We don’t meet for coffees, it’s just a good professional relationship. I will always have this in my mind. He was there for me when I was on the floor.”

Rudiger ran to celebrate with Tuchel after his 30-yard wondergoal against Brentford last month.

“I think it took him by surprise. It took me by surprise. I was just happy and I didn’t know how to celebrate. He was in my way and I thought ‘just go hug him’.

“I got a bit of stick from the teammates. They said, ‘Oh, you’re running to your dad?’ but that one I take, no problem, because I don’t need to hide anything. He is someone very special to me.

“Chelsea can be proud to have a coach like this. You have to give him kudos for the way he handled things in those tough moments. With all this noise around, the way he managed us. For me he is a phenomenal coach, up there with Pep Guardiola and Jurgen Klopp.

“From a player’s point of view, you need to hold onto a coach like this, 100 per cent. I hope for this club that the mentality changes from sacking coaches so early when success is not there. I like to trust the process and, with this coach, you can see there is a process.”

Asked if Tuchel can build a dynasty at Chelsea to rival the work of Guardiola and Klopp, he did not hesitate. “Yes, definitely. What he is doing is definitely top, up there with the top ones.”