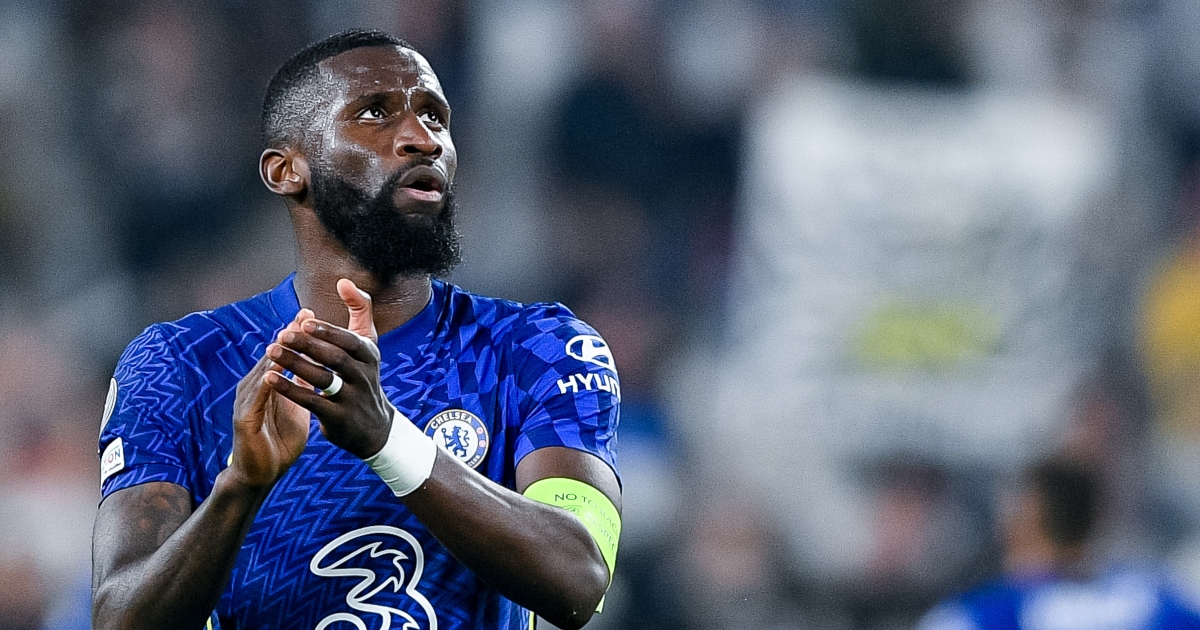 Antonio Rudiger has revealed Chelsea’s players were left kicking themselves with Sunday’s title-race stumble at Wolves.

The Blues ground out a goalless draw at Molineux to slip six points behind leaders and defending Premier League champions Manchester City.

While City have racked up eight straight wins, the Blues have slipped to four draws and a defeat across the same run.

MAILBOX: Liverpool fans too blinkered to call out Tory-esque Klopp

Chelsea boss Thomas Tuchel bemoaned home draws with Burnley, Manchester City and Everton as causing the chasm between the Blues and City.

But Rudiger has refused to ease up on Sunday’s stalemate in the Midlands, despite Chelsea missing as many as eight players due to Covid troubles at Molineux.

“We cannot be happy with this point looking at the table,” Rudiger told Chelsea’s official club website.

“Of course it is not easy (in the Covid circumstances), definitely not.

“We still had a competitive team out there to do something.

“We should have provided more chances to score, and if you don’t bury your chances it’s difficult to win away.

“The first-half was very tough for us, they were controlling the game without looking dangerous.

“We didn’t have the chances, to be honest. The second-half we had a good uplift. But we have to do more, take more risk.”

Chelsea saw their request for a postponement of Sunday’s match rejected by the Premier League, leaving boss Tuchel frustrated and fearing for his players’ health and safety.

The Blues are scheduled to travel to Brentford for Wednesday’s Carabao Cup clash, before heading back to the Midlands to face Aston Villa on Boxing Day.

Brentford’s match at Southampton on Saturday was postponed due to a Covid outbreak among the Bees, however, leaving Wednesday’s clash up in the air.

Tuchel admitted after Sunday’s match at Wolves that he had “no idea” what would happen next, with Chelsea returning to training on Monday with no certainty at all on their week’s plans.

“The defence has been good, not only in this match but in the last few games, we’ve been amazing.”