Home All The News Rumenigge speaks out on Gotze accusations 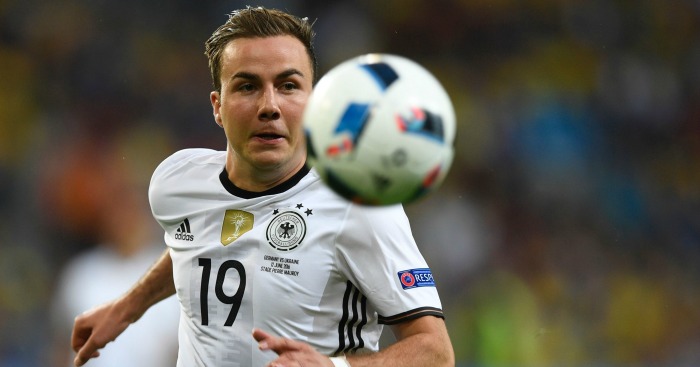 Bayern Munich chairman Karl-Heinz Rummenigge has dismissed claims the club are trying to force out Mario Gotze as “complete fiction” and threatened legal action against anyone making the allegations.

Reports in the German media on Wednesday claimed the Germany international, currently at Euro 2016 but poor in the opener against Ukraine, would be left out of the club’s Champions League squad if he remained this summer.

Bayern have reacted angrily to those claims, with Rummenigge telling the club’s website: “This is complete fiction.

“It remains the case that we will resolutely defend ourselves against all false or even malicious reporting using all legal means available to us.”

The club issued a statement to back up Rummenigge’s threat.

“It has been reported that FC Bayern has ‘threatened’ Mario Gotze by stating he would not be nominated to play in the Champions League if he remains at the club,” it said.

Liverpool manager Jurgen Klopp was interested in being reunited with a player he nurtured at Borussia Dortmund but, having had no encouragement from the midfielder that he wants to leave Bayern, has moved on to other targets.