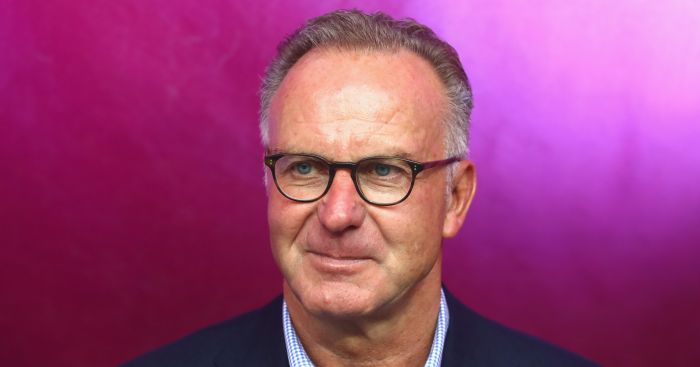 Bayern are due to open the doors on a new youth academy in the north of Munich in the summer, and Rummenigge has declared he would have “moral reservations” about filling it with pre-teens from other countries.

“We don’t want to bring some 10 or 11-year-old to Munich like the English do,” he said in comments published in the club’s magazine.

“You could almost speak of kidnapping with them and I would have moral reservations about that.”

Rummenigge still hopes to lure the best local talent to the record champions, from the age of 14 upwards, with the focus on youngsters in and around Bavaria.

Great win for the team against PSV! It was important for us!!@FCBayern @ChampionsLeague pic.twitter.com/g2UkCw8fL6

“Our priority will certainly be Germany and Bavaria,” he said.

“Our future talented players will much rather come from Rosenheim than Rio.”

Bayern have enjoyed a great deal of success in recent years with a blend of big-name signings and homegrown talent.

Philipp Lahm, Thomas Muller and Bastian Schweinsteiger all hail from Bavaria and have graduated into key first-team players.

Rumminigge hopes the new academy will ensure that local talent continues to prosper after suggesting Bayern had “lost a bit of ground, nationally and internationally” in that area.