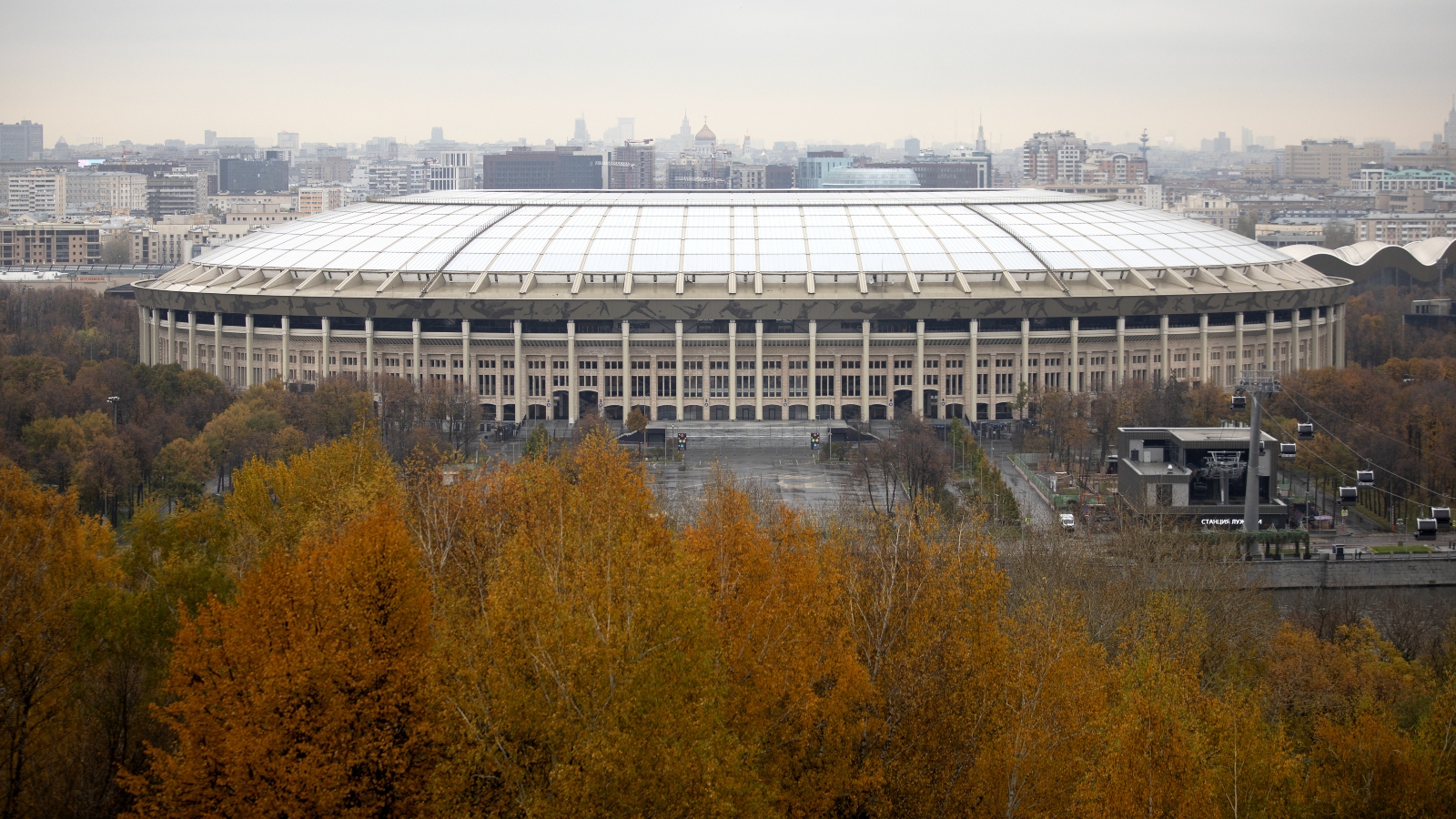 Russia have declared an interest in rivalling the UK and Ireland for the right to host Euro 2028 despite their current ban from international football.

Russian clubs and national teams are currently suspended by FIFA and UEFA over the country’s invasion of Ukraine, pending the outcome of an appeal by the Football Union of Russia to the Court of Arbitration for Sport.

However, that has not stopped the union’s executive committee giving its backing for a bid for 2028 and 2032, with the deadline for expressions of interest set for Wednesday.

A post on the union’s official website outlined a number of results from Wednesday’s executive committee meeting which included to “support the decision to declare interest in hosting the European Championship 2028 or 2032 in Russia”.

The Football Associations of England, Northern Ireland, Republic of Ireland, Scotland and Wales have today submitted a joint ‘Expression of Interest’ to host UEFA EURO 2028.

Reports from Russia had earlier quoted an executive committee member, Sergey Anokhin, indicating an interest in bidding for the tournaments.

Sport Express said that along with the UK and Ireland, there was also a bid from Turkey and a joint one from Romania, Bulgaria, Greece and Serbia.

The Turkish federation later confirmed it had submitted a declaration of interest in hosting 2028.

Russia successfully hosted the 2018 World Cup but has been exiled from the international sports community since its invasion of Ukraine a month ago, with UEFA having already stripped St Petersburg of hosting rights for this season’s men’s Champions League final.

UEFA had no immediate response to the Russian declaration, but is expected to issue a statement when the deadline for declarations of interest passes at 1700GMT.

The Russian federation failed in its attempts to have the suspension imposed by FIFA and UEFA stayed by CAS until the full appeal was heard.

It means Russia are almost certainly out of the World Cup, with their original play-off semi-final opponents Poland given a bye to the final, where they will face Sweden or the Czech Republic.

Earlier, a joint statement from the five associations behind the UK and Ireland bid had set out how they felt their candidacy offered “something special to European football” and that the bid had the ability to manage any expansion of the tournament from 24 to 32 teams, as is widely expected to happen.

The statement said the bid had the support of the respective governments, and British Prime Minister Boris Johnson tweeted enthusiastically in support of the expression of interest.

However, one of his party MPs, Julian Knight, the chair of the Digital, Culture, Media and Sport select committee, struck a more cautionary tone.

“I really welcome this bid – it’s a lot more realistic than any attempt to get the World Cup. However, we shouldn’t kid ourselves,” he told the PA news agency.

“The FA’s management of the Euro 2020 finals nearly ended in tragedy and we are seeing through the idiocy of making fans of Liverpool and Man City traipse to London with no trains just how woeful the decision-making is at the FA more generally.

“We need to be sure that, should we host the Euros, that the FA is up to the job, and I’m not sure, to be honest.”

UEFA later released a statement confirming which countries had submitted bids for the Euros. It confirmed that the UK and Ireland, Russia and Turkey had declared interest in 2028 while Russia, Turkey and Italy were interested in 2032.

On whether a bid from Russia could even be admitted and considered, a further UEFA statement said: “The Bureau of the FIFA Council and the UEFA executive committee decided on February 28 to suspend all Russian teams, whether national representative teams or club teams, from participation in both FIFA and UEFA competitions until further notice. However, no suspension of the Russian Football Union was imposed at that time.

“The UEFA Executive Committee will nevertheless remain on standby to convene further extraordinary meetings, on a regular ongoing basis where required – in addition to its already-scheduled meetings of April 7 and May 10 – to reassess the legal and factual situation as it evolves and adopt further decisions as necessary, including in light of the declaration of interest expressed by the Russian Football Union for hosting the UEFA EURO.”