Home Arsenal RVP claims Arsenal (his wife) ‘got tired’ of him 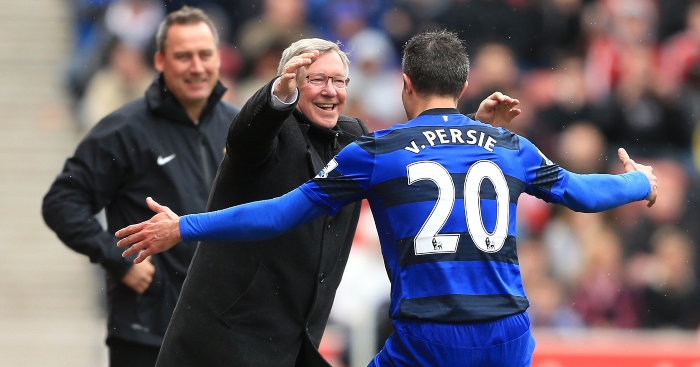 Robin van Persie claims that he left Arsenal for Manchester United seven years ago because they ‘got tired’ of him and refused to offer him a new deal.

The Dutchman left Arsenal for Manchester United for £24m in 2012 and immediately won the Premier League title in Sir Alex Ferguson’s last season in charge.

Van Persie appeared on BT as a pundit for Arsenal’s clash with Burnley and explained why he had left the Gunners after eight years.

“You can compare [me being at Arsenal] to being married. Me and my wife – Arsenal – were married for eight years.

“After eight years, my wife, possibly got a bit tired of me. Those are the facts.

“If Arsenal are not offering you a new deal… you can have different views on things but the fact is Arsenal never offered me a new deal.

“Then you have a look around. I was ambitious. I still wanted to win the league. That is life.

“I ended up having three options. One option abroad disappeared quickly. Then it was City or Manchester United.

“What people don’t know, during the transfer, loads of things are happening behind the scenes.

“You have to take a lot on and make a choice based on what your targets are but also deal with the facts.

“One of the main facts was that Arsenal got tired of me. That was the starting point – they didn’t offer me a new deal.

“We had loads of chats with Wenger, with [Ivan] Gazidis. They gave me no decision to make.”