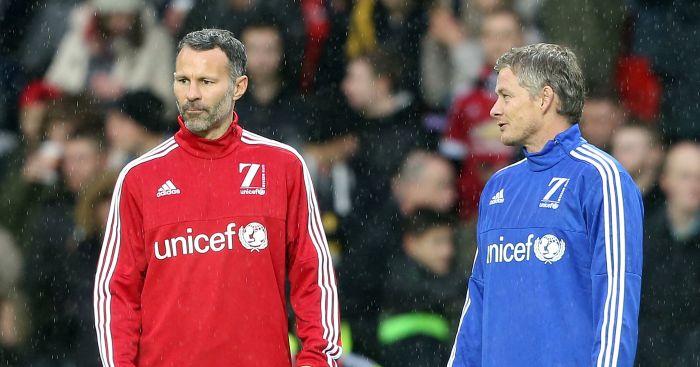 Ryan Giggs says he recommended that Man Utd should sign Daniel James when Ole Gunnar Solskjaer asked him about the Welsh youngster.

The Wales international has four goals and six assists for Man Utd this season since joining from Swansea City in the summer.

Despite that, James went through a phase of failing to score or assist in 12 matches for United in all competitions before he scored in the Red Devils’ last fixture before the Premier League shutdown versus LASK.

James earned his first call-up to the Wales squad in November 2018 and Giggs has revealed how Solskjaer approached him over the signing.

“Ole asked me about him,” Giggs told the Webby & O’Neill channel.

“Ole was the one that came to me, it wasn’t the other way [around]. It was last season. He nearly went to Leeds before that so Ole knew about him and the club had been watching him.

“It was a no-brainer. He’s like that [on an upward trajectory] in his career. As a lad he’s a great lad as well, he wants to get better and he’s someone that wants to learn. He’s someone I thought would be suited to this place.”

On James’ progress since signing for Man Utd, Giggs added: “He came in and scored on his home debut against Chelsea and did really well but it’s not easy when defences and everyone is behind the ball.

“Then what happens is you try too hard and you don’t have your natural game. He is still young because he’s only really had one season at Swansea. He’d been on loan moves to Shrewsbury. He is definitely a player that will get better because he wants to get better, he’s a great lad.

“Even if he’s not having a really great game he’s always putting the opposition on the back foot because they know what he’s capable of [with his speed].”