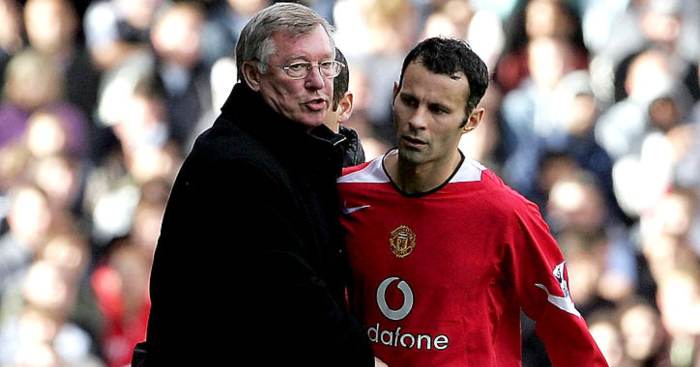 The 74-year-old oversaw an unrivalled period of domination at Man Utd where he led the club to 38 trophies, including two Champions League titles, before finally calling time on his reign in 2013.

Ferguson had a reputation for delivering verbal volleys at his players so intense it earned the nickname the ‘hairdryer’, with Wayne Rooney saying in his book that it was an experience which there was “nothing worse” than.

“There were three or four players that he never had a go at,” Giggs told beIN SPORTS‘s The Champions Club.

“[Eric] Cantona was one – Bryan Robson, Roy Keane and Cristiano Ronaldo. They were all in their own ways matchwinners.

“They did the stuff on the pitch, so he never felt [like he had to].”

Giggs added: “Eric, there were some games where Eric didn’t do anything.

“He didn’t score, he wasn’t running about like a Tevez or a Wayne Rooney, he didn’t have any impact. But he knew sooner or later he would come good.

“But the next week he’d score the winner or he would produce a moment of magic, so he handled the big names really well as long as they were doing it on the pitch, he handled them in a different way.

“He was a master of psychology, he was a master at getting the best out of certain individuals like whether to put an arm around, or whether to give them a rocket at half time or at the end of the game or leave them out knowing that the player would react in a positive way.”