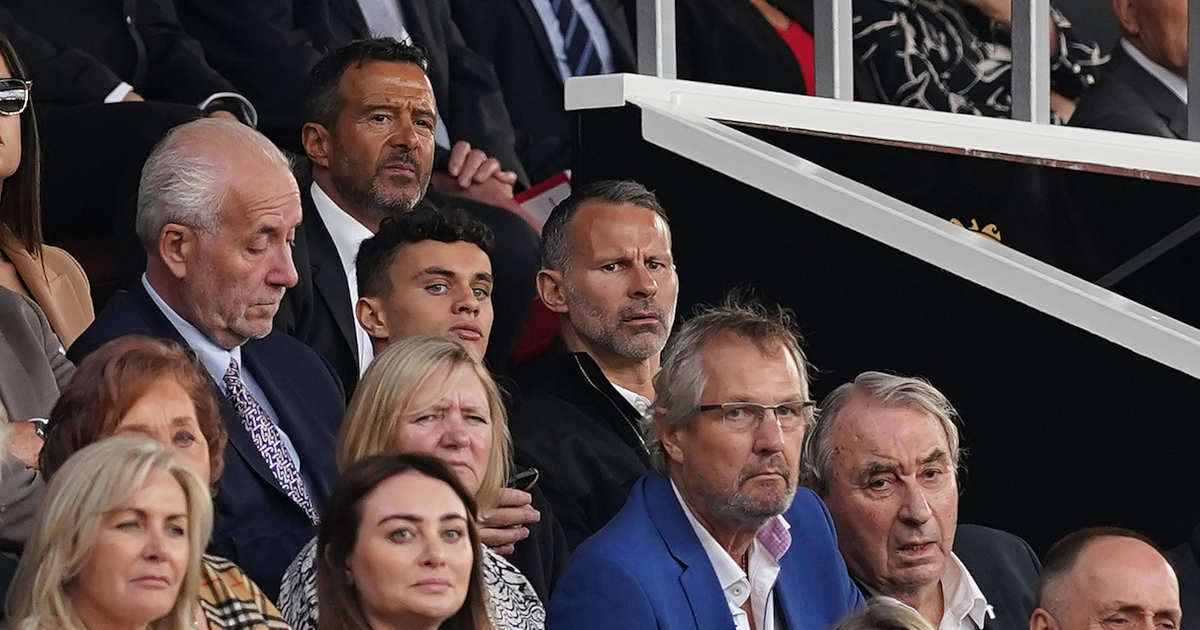 Ryan Giggs remains ‘innocent until proven guilty’, but his appearance in the directors’ box at Old Trafford was still tone deaf.

When Cristiano Ronaldo made his return for Manchester United against Newcastle on Saturday afternoon, everybody wanted to be there. There were stories about tickets changing hands for £2,500 apiece, but of just as much interest were the identities of some of those in the directors’ box. Avram Glazer, who had not attended a match at Old Trafford in the previous two years, was there. Sir Alex Ferguson, whose health issues have previously precluded him from attending every home match, was there. And so was Ryan Giggs.

In a world in which the word is considerably overused, Ryan Giggs is a Manchester United legend. Over the course of 23 years he made 963 appearances for the club and scored 168 goals. He won the Premier League 13 times, the FA Cup four times and the Champions League twice, and for six years he played in the same team as Cristiano Ronaldo. On a purely superficial level, it is entirely understandable that he would have wanted to be there for this match, and it’s entirely understandable that the club might have wanted to invite him.

But the Premier League does not exist in a bubble, and the questions currently hanging over Giggs cast his appearance there in a very different light. In May, Giggs appeared at Manchester magistrates court to face charges of assaulting his ex-girlfriend, Kate Greville, and of engaging in controlling or coercive behaviour towards her between December 1 2017 and November 2 2020. He is also charged with assaulting another woman, believed to be Greville’s younger sister. According to the police statement issued at the time, a woman in her 30s was treated for minor injuries at the scene at the time of the police intervention, on November 1 2020.

At the first hearing in July, Giggs was accused of having ‘repeatedly or continuously engaged in behaviour which was controlling or coercive, namely, used violence, isolation, belittling, humiliation, harassment, degradation and abuse towards Kate Greville, to whom, at the time of the behaviour, you were personally connected in that you were in an intimate relationship, that behaviour having a serious effect on her, and you knew or ought to have known that the behaviour would have a serious effect on her’. His bail was extended on condition that he not contact Kate or Emma Greville, or go to any address where they are residing. Giggs has pleaded not guilty to the three charges, and his trial begins at Manchester Crown Court on the January 24 2022. A further pre-trial hearing will take place at the same court on October 8.

Ryan Giggs wasn’t the only person at Old Trafford on Saturday afternoon who has faced serious allegations of violence against women. Cristiano Ronaldo may never have faced charges in relation to the claims made against him by Kathryn Mayorga, but he has certainly never been ‘cleared’ of anything in a court of law, as was repeatedly claimed by his fanboys over the weekend, because prosecutors in Las Vegas felt that they wouldn’t be able persuade a jury beyond reasonable doubt that he was guilty of the charges. The reasons for this are complex, and go some way beyond ‘because he didn’t do it’. There remains a civil case outstanding against him which has not yet been concluded, and the feminist campaign group Level Up paid for a plane to fly over Old Trafford on Saturday with a message reading ‘Believe Kathryn Mayorga’ during Saturday’s match.

In the case of Giggs, we are all severely limited by reporting restrictions because this is an active criminal case. But it is worth remembering that the familiar refrain of those who wish the defend their favourites at times such as this, that he’s ‘innocent until proven guilty’, isn’t quite what many of those who do so claim it to be. The presumption of innocence is a right considered so fundamental that it appears in Article 11 of the UN’s Universal Declaration of Human Rights. This presumption requires that the state has the entire burden of proof during a criminal trial, that the defendant does not have any burden of proof whatsoever, and that the judge and/or jury deciding a verdict must do so based solely on the evidence presented during the trial.

What the presumption of innocence doesn’t mean is that ‘everybody has to think he didn’t do it until a guilty verdict is reached’, and we know this from, for example, the fact that defendants can be held on remand ahead of trial under certain circumstances. Prisoners held on remand have different rights because they haven’t been convicted, but ultimately much of procedural law surrounding criminal cases is about balancing the rights of individuals and the right of the public to be protected from people who may be dangerous, and it’s a difficult balancing act to maintain.

None of this means that inviting Giggs into the executive box at Old Trafford on Saturday was a strong look for Manchester United. Giggs is accused of very serious crimes, and he categorically has not been cleared of these yet. In the age of #metoo and #believeher, it is staggeringly tone deaf of the club to have invited him into the executive box at Old Trafford. Giggs was stood down as the manager of Wales as soon as he was arrested in November 2020 and hasn’t returned. To see him in a directors’ box after having been charged and committed to trial was surprising, to say the least.

Regardless of the social media blitz that Manchester United have been undertaking since the end of the transfer window, the case against Cristiano Ronaldo has not been definitively decided one way or the other, and for many the sight of him playing in a Manchester United shirt amid a blizzard of hagiography was a deeply uncomfortable sight, and for subtly different reasons, the presence of Giggs in the directors’ box watching it all unfold will have led to a similar level of queasiness.

It is not a comment on the guilt or innocence of either of these Manchester United legends to wish that the club itself might have been a little more circumspect in deciding who to invite to this of all matches.