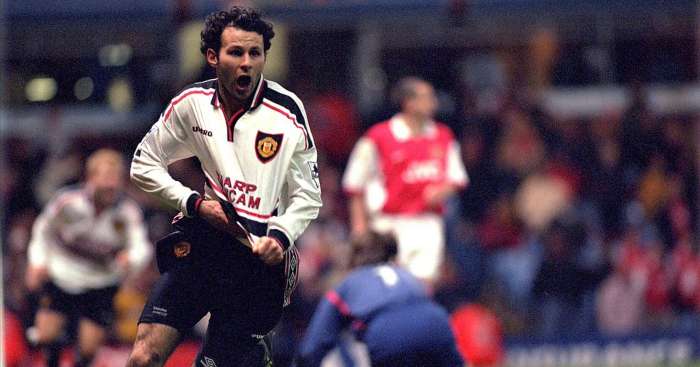 Ryan Giggs says the Arsenal team of the late 1990s was the “toughest team” he faced with Man Utd in the Premier League.

The arrival of Arsene Wenger at Highbury in 1996 changed the landscape of Premier League football as Arsenal threatened Man Utd’s superiority at the summit of English football.

The Gunners edged out the Red Devils in 1998 to win the title before Sir Alex Ferguson’s side did the same to Arsenal the following year.

And Giggs reckons that Arsenal side was best he ever faced with Man Utd in the Premier League.

“They [Arsenal 98/99] had such an experienced team,” Giggs told Sky Sports.

“Obviously at the back the famous back five but in front of them had a bit of everything.

“They had power, they had pace, imagination with Dennis Bergkamp, goals and penetration with Nicolas Anelka.

“I agree with you [Gary Neville] they were the toughest team to play against.

“I mean Jose’s Chelsea team were tough in a different way they were pragmatic and tough to break down but Arsenal could do everything.