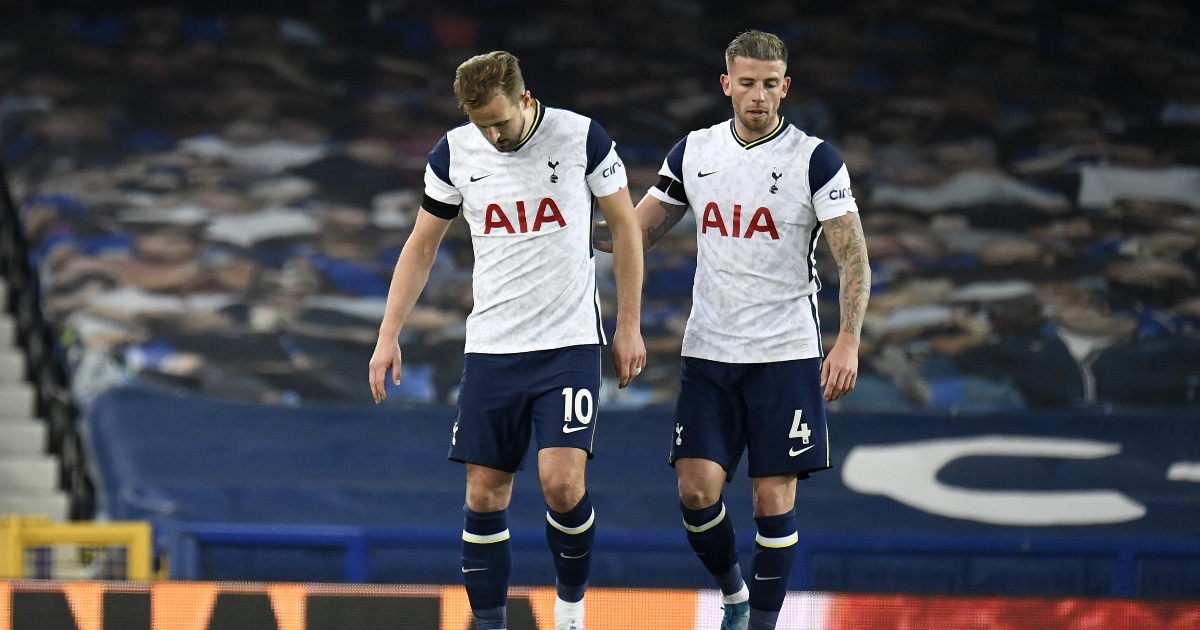 Spurs interim boss Ryan Mason does not yet know whether Harry Kane will be available for their Carabao Cup final.

On Sunday, the north London side face Pep Guardiola’s Manchester City at Wembley.

They have the chance to end their 13-year wait for a trophy, but will be underdogs against Guardiola’s league leaders.

Spurs suffered a major blow on Friday as talisman Kane limped off during the 2-2 draw with Everton.

He had already scored both goals to earn them a point, before asking to be subbed due to an ankle problem.

Mason was announced as interim head coach on Tuesday following the sacking of Jose Mourinho.

Speaking about Kane in his first press conference, the 29-year-old said: “I am not sure currently, he didn’t train [on Tuesday]. We are taking it day by day.

“We are not sure about the weekend yet, but we know he is working extremely hard to get over this injury.”

The striker, who is good friends with former team-mate Mason, is undergoing treatment.

He is expected to miss their Premier League clash with Southampton on Wednesday.

Mason will be supported by coaches Chris Powell and Nigel Gibbs. Ledley King stays on as a first-team coach, while former keeper Michel Vorm returns as a goalkeeping coach.

Mourinho’s assistants, including Joao Sacramento, were sacked alongside him.

Chairman Daniel Levy will now aim to usher in a new era at the Tottenham Hotspur Stadium.

In the mean time, Mason will take charge until the end of the campaign.

Speaking after the announcement, Levy told the club’s official website: “We have great belief in this squad of talented players.

“We have a cup final and six Premier League games ahead of us and we shall now focus all our energies on achieving a strong finish to the season.”

Mourinho joined the club in November 2019 and lasted 17 months.

He guided them to sixth in the Premier League last season and was aiming for a top four place this time around.

However, a poor run of form saw them crash out of the Europa League and fall behind their rivals.