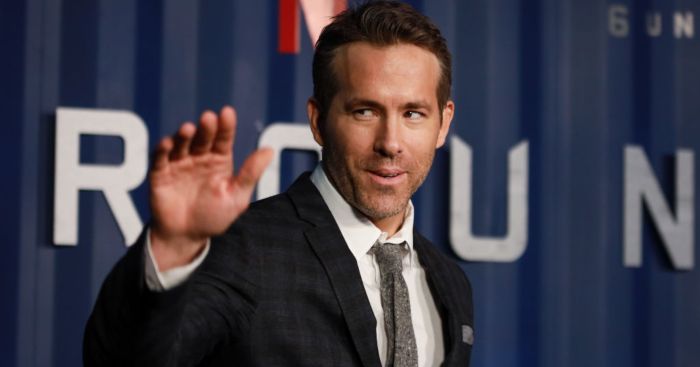 Hollywood stars Ryan Reynolds and Rob McElhenney have become the new owners of Wrexham after their takeover bid was approved by the National League club’s Supporters Trust.

Wrexham Supporters Trust members voted 98.6 per cent in favour to accept the offer of Deadpool star Reynolds and fellow actor McElhenney, who told them last week that they plan to turn the Welsh club into a “global force” .

OPINION: Too pricey, Pep? Grealish would’ve been a bargain…

“Both parties will now proceed with finalising the details of the takeover, and we will update Wrexham supporters as soon as we can.”

The proposed takeover could lead to £2million being invested in the club, which has been in fan ownership since 2011, and a Netflix-style documentary at the Racecourse Ground.

Reynolds and McElhenney presented their vision to trust members on November 8 at a virtual meeting, and told them they wanted to attend as many games as possible and “have a pint with the fans” .

The actors both tweeted “Wrexham is the name” alongside a crest of the club who were formed in 1864 and play in English football’s fifth tier following their relegation from the Football League in 2008.

Reynolds said: “Why am I and Rob pitching a North Walian trailer manufacturer?”

To which McElhenney replied: “Well, because we just became owners of Wrexham Association Football Club and they are our team sponsors.

“You may never have heard of Wrexham, the Racecourse Ground or Ifor Williams, but you will. So to the Wrexham Supporters Trust, thank you for your faith and trust in us.”

A message from our owners-elect…

Reynolds added: “We are humble and we are already getting to work. Is this really happening?”

The short video finished with a club song featuring the lyrics: “Here they come the mighty champions, raise your voices to the anthem. Marching like a mighty army, Wrexham is the name.”

Reynolds and McElhenney, known for his role in It’s Always Sunny In Philadelphia, had set out principles for their takeover centred around protecting the heritage of the Welsh club, reinforcing the values woven in the town itself and making Wrexham champions again.

The Trust added: “Wrexham Supporters Trust Board would like to thank Mr Rob McElhenney and Mr Ryan Reynolds, and their advisors Inner Circle Sports and Walker Morris, for their professional and considered approach and for the time they have already put into the process.

“As Wrexham supporters, we would like to wish them the very best of luck in charge of our Football Club and look forward to what the future brings.”

Reynolds and McElhenney are understood to be prepared to use their own money, marketing and fame to help the side return to the glory days of the 1977-78 campaign, when they made it to the FA Cup quarter-finals and clinched the Third Division title.

First Minister Mark Drakeford responded to news of the takeover by welcoming the duo to Wales, tweeting: “Truly exciting times for the world’s third oldest football club – I look forward to watching your progress.”