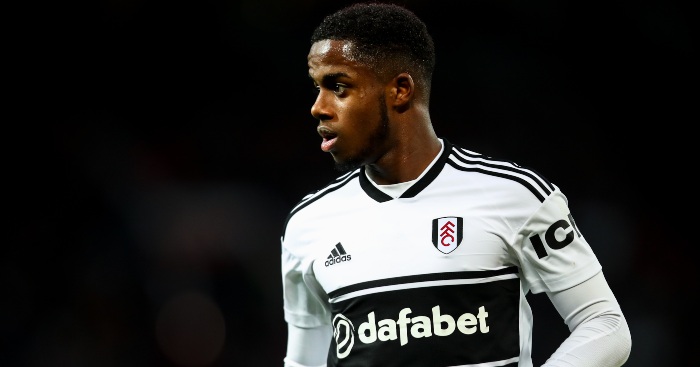 Finally, finally, it seems as if Ryan Sessegnon will soon become a Tottenham player. Had this happened a year ago, it would have generated more excitement. As it is, Spurs are now engaged in other, more alluring pursuits, their supporters have seen the inside of a European Cup final, and Sessegnon is tainted by the memory of Fulham’s 2018/19.

But Mauricio Pochettino’s interest in him is long-standing and isn’t based on anything that happened last season. With that in mind, it’s worth revisiting the reasons why – not so long ago – Sessegnon was among the most admired young players in the country.

He became real in 2017. Used sparingly but decisively by Fulham in the Football League, but then with thrusting effect by England in that summer’s u19 European Championship, that was the point at which he evolved from theory to commodity.

Emerging talent is like that – particularly now. All the have-a-go scouts on social media want to be the first to spot a player, to have that historic tweet to point to in five years’ time, and Sessegnon’s name had been rattling around those communities for a while. But that summer it was so obvious. In England’s final group game in Georgia, they played Germany in Gori. It was a poor German side by their standards and England were dreadfully sloppy. With ten minutes left they held a 2-1 lead, though, and were still headed for a third successive win.

But then Sessesgnon opened the throttle: four minutes, two goals, and a lethal dose of direct, efficient football. It may have equated to little more than the finishing off of an already-beaten opponent, but it was startlingly ruthless. England would beat Portugal in the final of that competition, Sessegnon would be named alongside Chelsea’s Mason Mount in the team of the tournament, and Keith Downing’s players returned home with the trophy.

Over the following year, he would blossom. A season which began with serious interest from Spurs ended with promotion at Wembley, with Sessegnon’s knifing pass cutting Aston Villa apart, allowing Tom Cairney to score the only goal of the play-off final. Despite what would happen next, it was a win which Fulham deserved and one which reflected what they were at the time. Better coached, more talented, and Sessegnon, with 16 goals and eight assists, often performed like a component carved for specific purpose.

Which was interesting, because that wasn’t the expectation created in Georgia. Those age-group games showed his technical and athletic superiority – so often the great false economy within developmental football – but the senior game was a stage for his mental characteristics. Looking back on those goals now, so many of them were the product of his timing or positioning, of him understanding his role within Slavisa Jokanovic’s formation. The pace was there, so too the ball-striking and skill, but they were resources to be used rather than relied upon.

Aesthetically, he’s also different. The press box at Craven Cottage is low and close to the touchline; it offers the perfect perspective on a winger’s duel with his full-back. When Sessegnon carries the ball, he has that slightly pensive expression. When he attacks defenders, he approaches almost with trepidation, before that slow-building acceleration takes him away or beyond. Even when it does, though, there’s never a sense that he’s playing at top-speed, or that his body is moving too fast for his mind.

And that’s true also when he drifts in-field, when he drives towards or into the penalty box. Sessegnon isn’t without flaws, but his game is comprised of these interesting little parts. Few of them left an impression on the Premier League last season, but he’s still just 19; they’re still there.

He’s a thinking footballer, then, and one who has already had several instructive moments in his young career. Perhaps none more so than that initial decision not to move to Tottenham, despite Pochettino’s reputation for giving opportunities to young players.

Often, when a player is the subject of such interest, it’s a litmus test of his personality. Even within the recent pre-season, there are some very prominent examples of players who have sulked their way to transfers – Antoine Griezmann, for instance, or Romelu Lukaku. They see the opportunity and they have to have it right away. In contrast, Sessegnon has never shown any hurry to leave Fulham and whatever rumours swirled around him in the past have never appeared to impact his focus or obstruct his ability to learn.

That’s most likely what Pochettino will remember and why, in spite of the past year, he remains so keen. In Sessegnon he’ll see a balanced personality and a model professional, but also the kind of pliable talent that can be re-imagined in whatever way he sees fit. Giovani Lo Celso, Paulo Dybala, Philippe Coutinho and Bruno Fernandes may satisfy more pressing needs, but they’re specific solutions for well-defined problems. In Sessegnon, over the long term and with no particular role in mind, he would really be getting his perfect young player.