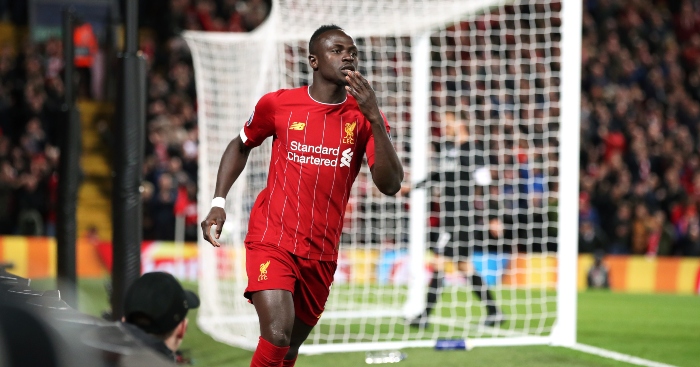 Liverpool winger Sadio Mane has insisted that he hopes that he can stay at Anfield “forever”.

The Senegal international, who signed for Liverpool in the summer of 2016, has gone on to become one of the strongest assets available to Jurgen Klopp – and one of the German’s best signings at Anfield.

Mane has netted 68 goals and assisted 24 others in 136 appearances so far for Liverpool – including nine strikes and two assists so far this term – and speaking to TV 2, he insisted that he hopes his future remains on Merseyside.

“I am very happy to be part of this great club and I enjoy it,” the 27-year-old said. “Hopefully I stay here forever.

“I’ve been to some clubs around the world, but Liverpool is unique. It’s like a family. The mood is always incredible. But it’s normal that we’ve been together for four years and know each other. We are also together off the field and that is important for morale.”

Mane also opened up on his relationship with fellow forwards Mo Salah and Roberto Firmino, who have helped form one of the deadliest attacks in Europe in recent seasons.

“It’s easy to work with them. Personally, I feel lucky to get to play with them. They are really good players and make everything easier.”

Speaking about his strike partners off the pitch, Mane said: “Wow. Mo is fun sometimes. He is a cool and nice guy. Bobby is very shy. He is the most shy football player I have ever met, but very nice..”

Mane has four years left on his current Liverpool deal having put pen to paper on fresh terms in November last year.