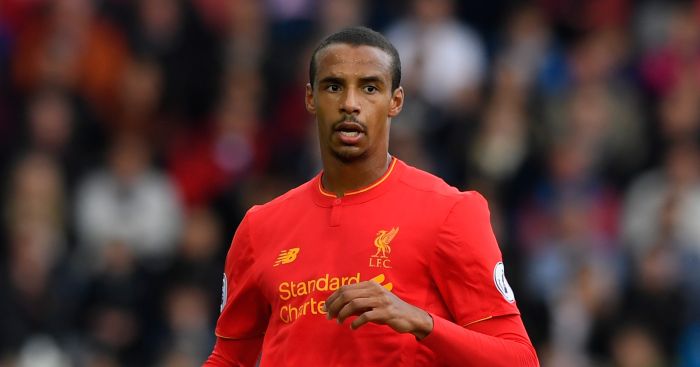 We did this last summer. Which was funny to read…

Bournemouth: Steve Cook
Why is he undroppable? Daniel Storey absolutely adores him. So does Eddie Howe. Of all the manager’s trusted lieutenants during the club’s rise from the lower leagues, Cook is his Ashley Williams. The 26-year-old has stepped up each time.

Last season: We said Steve Cook. Of course. And he played every single minute of the Premier League season.

Brighton: Anthony Knockaert
Why is he undroppable? Simply the best player in the Championship last season, with 15 goals and eight assists from a wide position. Chris Hughton called him “exceptional” and we would concur.

Burnley: Ben Mee
Why is he undroppable? With Michael Keane gone, the defensive buck is passed to Ben Mee. Until sustaining a shin injury during April’s 2-0 defeat to Manchester United, Mee had not missed a minute. Plus, we bloody love to hear him mentioned in commentary: “Alexis Sanchez has come inside Mee…”

Chelsea: David Luiz
Why is he undroppable? The least vulnerable of Chelsea’s defence to Antonio Conte’s planned splurge, Luiz is the glue that just about held Chelsea’s defence together for long enough to win the title. Opposition managers soon learned to exploit Gary Cahill’s lack of pace and Cesar Azpilicueta’s lack of height; Luiz left them nothing to exploit.

Last season: We said N’Golo Kante. We were right. He was bloody brilliant.

Crystal Palace: Wilfried Zaha
Why is he undroppable? Beloved of Crystal Palace fans as well as managers (and they have had a few), new boss Frank de Boer is already talking about the Ivory Coast winger being part of the ‘DNA’ of the club. The Dutchman will surely build around a player we are duty-bound to call ‘mercurial’.

Everton: Michael Keane
Why is he undroppable? When you spend £25m on a centre-half and promise to make him even better, you play him. And then you play him another 37 times. Keane and Ashley Williams could be the most solid defensive pairing north of Tottenham.

Huddersfield Town: Christopher Schindler
Why is he undroppable? Just read this from chairman Dean Hoyle and get all the feels: “On the evening after it, I said to Schindler, ‘Chris, why did you take the last penalty? I have never seen you take a penalty before.’ Do you know what he said to me? He said, ‘you paid more money for me than you’ve paid for anyone else in this club, you made me the club’s record signing, so I had a duty to give a bit of value back to you’. And I started (crying) again. I just thought ‘wow, what a man’.”

Leicester: Wilfred Ndidi
Why is he undroppable? After his January arrival, Ndidi only missed one Premier League match – a 4-2 defeat to Everton, coming off the back of five consecutive victories. Who knew that Andy King was a downgrade? All of us. Which makes Ndidi utterly undroppable.

Last season: We said Emre Can. Oh Steady. Why oh why did he not foresee that Jurgen Klopp would neglect to buy a left-back, rendering James Milner pretty much undroppable?

Manchester City: Ederson
Why is he undroppable? Because we have been staring at the squad and the £35m player in goal with Claudio Bravo as back-up screams ‘pick me, hold me, thrill me, kiss me but mostly pick me’.

Manchester United: Paul Pogba
Why is he undroppable? The most expensive footballer in the world. Anything else you need to know?

Last season: We said Chris Smalling (before Paul Pogba signed). Hmmm. Just the 18 Manchester United footballers played more Premier League minutes. Now fourth or fifth-choice and reportedly available for transfer this summer, though we suspect he may get trapped.

Newcastle United: Ciaran Clark
Why is he undroppable? The cliche is that Newcastle fans love of a striker, but Newcastle fans bloody love this centre-half, bought for the relative pittance of £5m. He was deservedly Newcastle’s Player of the Year and their Premier League defence will be built around the vastly improved Irishman.

Southampton: Oriel Romeu
Why is he undroppable? Southampton’s Player of the Year by some distance. Only two Premier League midfielders made more tackles and none made more interceptions last season. Mauricio Pellegrino’s first job should be to make sure the Spaniard loves the view on the south coast.

Last season: We said Virgil van Dijk. He was undroppable. Just not unbreakable.

Stoke: Marko Arnautovic
Why is he undroppable? When you top your club’s combined goals/assists chart with 11, two things happen: 1) you become undroppable and 2) your manager comes under pressure to sign more creative players. Give him some help, Sparky.

Swansea: Gylfi Sigurdsson
Why is he undroppable? If they can manage not to sell him, they would be well advised never to drop him. He notched 13 Premier League assists last season; Swansea’s next most prolific creators were Jordan Ayew and Luciano Narsingh (we forgot too) with three.

Last season: We said Ashley Williams. Well he would have been.

Tottenham: Harry Kane
Why is he undroppable? Twenty-nine goals in 30 Premier League games. And right now the only back-ups are Vincent Janssen and an out-of-position Son-Heung Min. They were unbeaten in his eight-game absence last season but it’s not a chance Mauricio Pochettino will willingly take.

Last season: We said Toby Alderweireld. It was a safe choice. Although the Belgian missed eight games, they were all through injury or illness.

Watford: Etienne Capoue
Why is he undroppable? If Marco Silva has any sense (and his spell at Hull would suggest he has more than a modicum) he will build his midfield around the energy of Etienne Capoue. Of the 32 outfield players who featured in the Premier League for Watford last season, Capoue a) played the most minutes and b) was the least forgettable.

Last season: We said Craig Cathcart. How were we to know he would have brittle bones?

West Brom: Jake Livermore
Why is he undroppable? Who could drop an England international midfielder? Surely not Tony Pulis. Especially now he has lost Darren Fletcher. That he won only three of the 15 PL games he started for West Brom last season should not be held against him; that’s what happens past 40 points.

Last season: We said Darren Fletcher. He started all-but-one Premier League game. And then cocked off to Stoke in the most sideways transfer in the history of transfers.

West Ham: Michail Antonio
Why is he undroppable? Because he somehow contrived to end last season as West Ham’s top scorer, despite playing in seven different positions. He was the Hammer of the Year and was rewarded with a long-term contract to ward off admirers. Pretty much nobody else in that West Ham squad has admirers.

Last season: We said Dimitri Payet. And he was undroppable. Until he buggered off. That he ended the season with double the Premier League assists of any of his erstwhile teammates is pretty damning to the dross that remained.