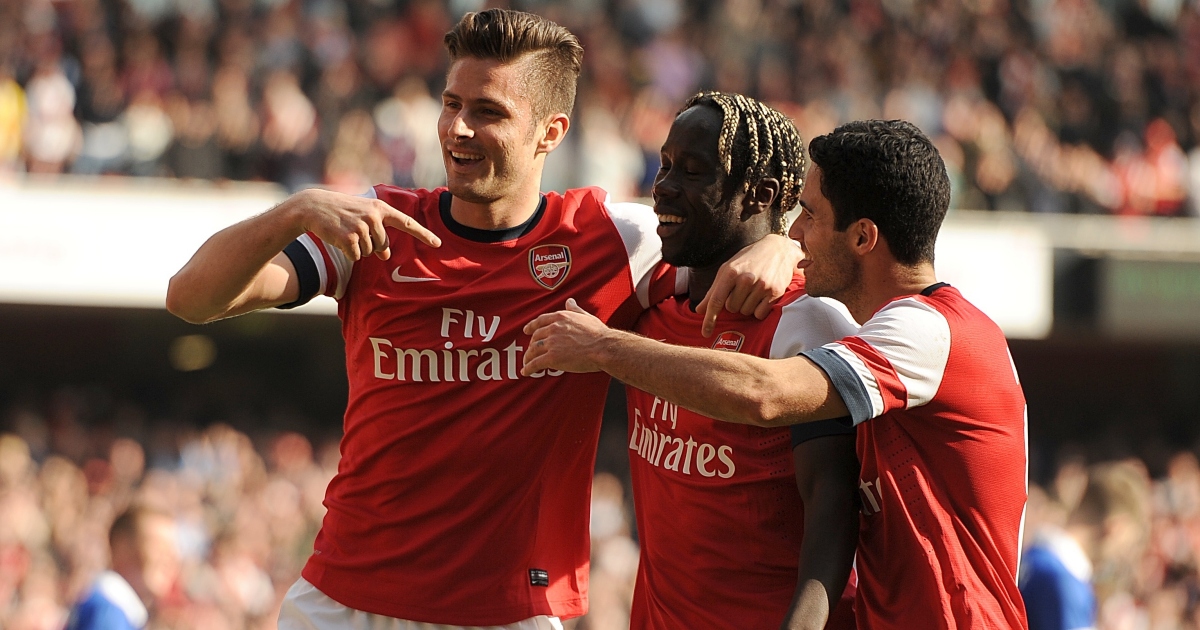 Bacary Sagna insists it will be hard for Arsenal to sign a player as “complete” as Alexandre Lacazette.

The French striker is out of contract at the end of the season and looks set to leave the Gunners on a free transfer.

He has been at Arsenal since 2017 and has scored 70 goals in 193 appearances for the Premier League outfit.

As well as Lacazette, the Spaniard has Eddie Nketiah – who is also out of contract in the summer – available as an out-and-out No. 9.

Serbia striker Dusan Vlahovic was a top target last month, but he joined Juventus from Fiorentina.

After a deal to sign the 22-year-old fell through, Arteta did not attempt to sign an alternative striker and will challenge for the top four with only two recognised first-team strikers.

Signing a new striker in the summer transfer window will be a priority for the north Londoners, and the club’s former right-back Sagna has offered some advice on what sort of player they should target.

“I would rather they [Arsenal] signed a pure No. 9,” Sagna said (quotes via football.london). “Someone who stayed in the box. A bit like what Olivier Giroud was.

“They need that focal point. If I had to take a player, I would take someone a bit like Giroud.

“But Mikel is in charge and I think he already knows what he is doing and he is doing it great and I’m happy for him.”

Sagna also believes that it will be a difficult task to replace Lacazette, as he is a “complete” forward.

“It’s hard to find a complete player like him [Lacazette],” the Frenchman continued.

“He likes to drop deeper and be part of the build-up, but he likes to run in front of the goal as well, so he is quite a complete striker. I see him more as a number ten to be honest. He has top quality finishing abilities.

“It’s a good time for Lacazette, because it seems like he has an open field for himself now to be working in and be confident and try to do his best, without having the pressure of another striker pushing him. He knows a lot relies on him. I know for a fact that he will give 100% for the club and will give 200% until the end of the season.

“Of course he reaches the end of his contract. It’s a part of football. I did the same and it didn’t stop me from being fully committed.”