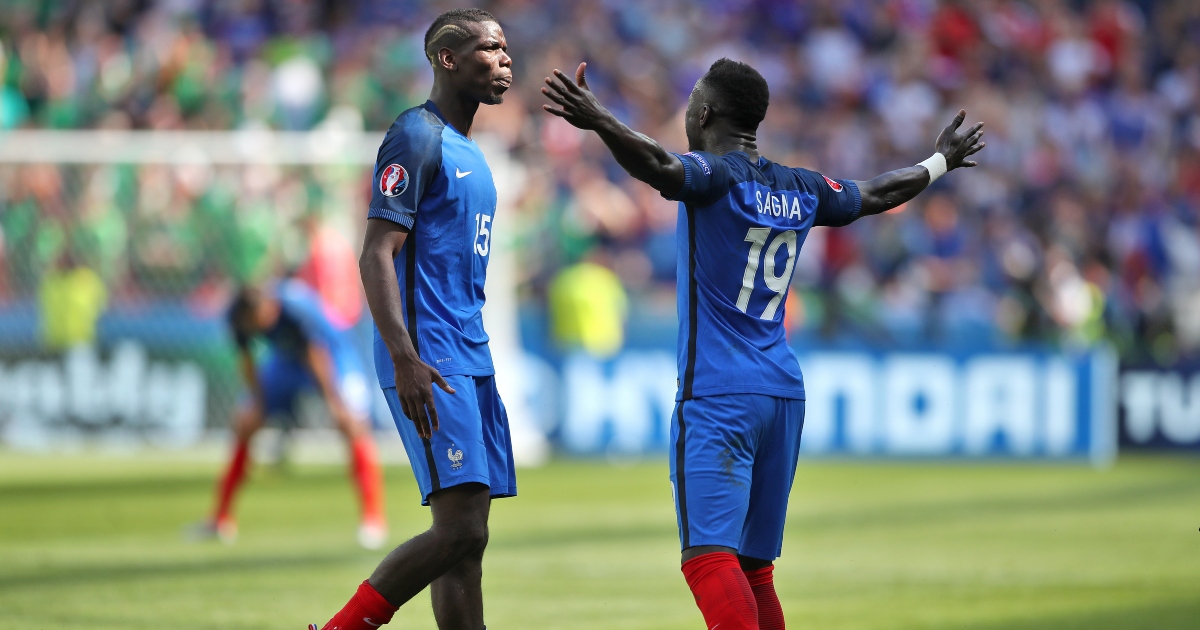 Bacary Sagna has discussed the future of Manchester United midfielder Paul Pogba, hinting that the 28-year-old would be better off elsewhere.

Pogba’s contract at Old Trafford runs out next summer, and foreign clubs will be able to sign him on a pre-contract agreement in January.

With no signs that the France international will sign a new deal, rumours are circulating as to who his next team will be.

Real Madrid, Barcelona, Paris Saint-Germain and Juventus are the teams in the mix for Pogba’s signature, but Man Utd could yet offer him a new contract.

Sagna believes his former France team-mate would be better suited to a move away from Manchester, whilst also claiming the Old Trafford fans have a “difficult” relationship with the playmaker.

“I love Paul and the way he plays. I don’t want to speak for him, but it seems like things have been a little difficult between him and the fans at times because they expect so much from him,” the ex-Arsenal right-back told freebets.com via Metro.

“They want him to be perfect because he’s so charismatic on the pitch and can create so much space they want him to do everything. A bit like now with Ronaldo.

“Pogba got a lot of stick for his recent sending off [during United’s 5-0 defeat to Liverpool], yes it was a bad tackle, but he’s trying to fight and get the ball back for the team.

“What do you want him to do, just stand and watch? People think he doesn’t care, that he’s smiling but knowing him he was disappointed.

“I don’t know if he belongs at Manchester United. I’d love to see him shining in the team – he loves Manchester.”

Meanwhile, The Sun have claimed the Red Devils ‘have given up on signing Paul Pogba to a new deal’, meaning he will be available for free in the summer.

Ole Gunnar Solskjaer’s side are currently sixth in the Premier League and travel to Watford on Saturday afternoon following the conclusion of the international break.