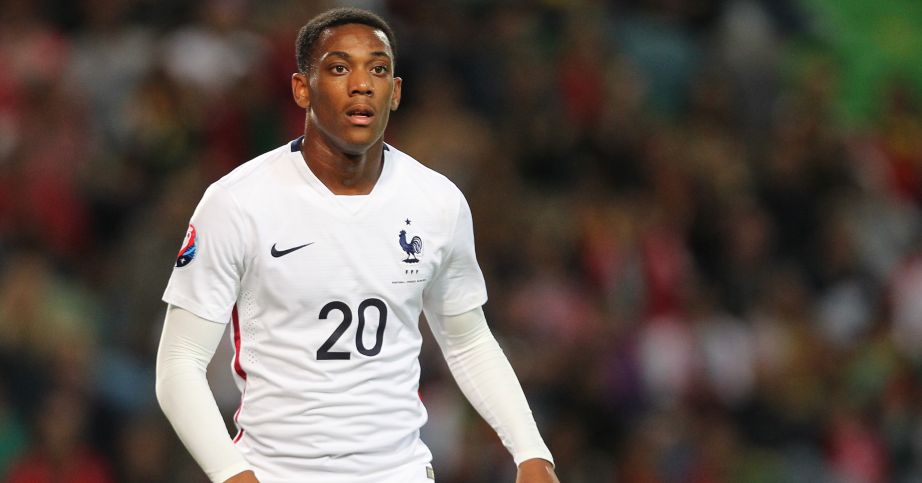 Former France striker Louis Saha believes his compatriot Anthony Martial has the attributes to become “the next Thierry Henry” at Manchester United.

No pressure, Martial. Man United’s new £36m forward may have come on to make just his second senior international appearance this week, but former France striker Saha is already touting him for ridiculously big things.

Saha is not the first person to compare Martial with Henry, but it’s unlikely to reduce the pressure on a 19-year-old who already has to deal with being the most expensive teenager in football history.

“He’s got that speed, that power, he’s got that youth in him so he’ll surprise a lot of defenders because they don’t know him,” said Saha.

“It’s a great asset for Manchester United and that’s what they needed because up front they lack speed sometimes. In France we call him the next Thierry Henry because he can play left or right, he’s got a great ability with the ball, he can take on three, four players with ease, there is no problem. At the same time, the new generation have no fear.”

Ah yes, that ‘next [insert name of world great]’ tag. At least that has never gone wrong before. Just ask Freddy Adu.

Martial played for 15 minutes during France’s 2-1 win over Serbia, and will hope to form part of Didier Deschamps’ squad for Euro 2016 in his home country. In the short-term, a first appearance for Manchester United against Liverpool on Saturday is first on the agenda.