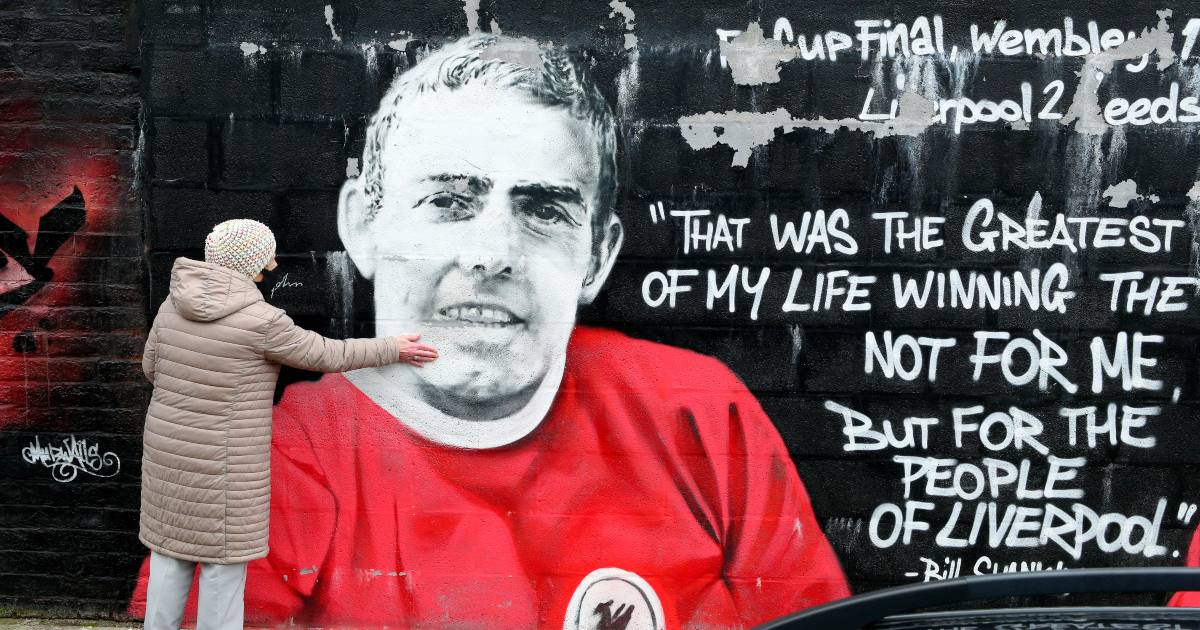 For the first 30 or even 40 years of your life, all those tributes on the news to the recently deceased are to old people you’ve never heard of, or know little about.

But once you’re into your 40s, it begins. Movie stars, musicians and TV personalities start disappearing and believe me, it begins to weigh heavy. It feels like a little bit of your own life has laid down its head with every passing; the assumption of immortality that comes with youth evaporates.

So you can be sure that when the death of Ian St John was announced on Tuesday, a lot of people of a certain age will have felt a jag of sorrow and melancholy in their heart and had a glaze of tears across their eyes. For the Saint himself, bless him, but for our own lost youth too.

It’s hard to overstate how much the Saint and Greavsie show changed the way football was broadcast on TV and opened a door, not to just a more informal style of presentation, but for satire and humour too.

Not before or since has there been a double act like them on football TV. As I once wrote in a love letter to the show, this was every bit as much a light entertainment programme as it was a sports show.

You’d never have known that the Saint wasn’t a professional broadcaster. While Jimmy sat there grinning like a mischievous chubby cat, Saint had to hold it all together. While he was notionally playing the straight man in a quality sports jacket to Jimmy’s funny guy in Pringle sweater, his was probably the harder of the two roles, not least because he found his partner so amusing. The look he always had in his eyes as he tried to reign in his laughter, lingers. That dry Lanarkshire cackle still echoes.

There was an honesty and genuine warmth to both men and to the partnership. Indeed, in many ways it was hard, even in 1985 when the show began, to remember that both had been elite footballers in their day. To many of us, even then, that seemed a long time ago, back in the black-and-white days.

He was already 47 when the show first aired but somehow seemed ageless. To see him more aged in later years, well into his 70s, seemed an aberration. So frozen in time in our minds was he, it just looked like someone had put aging prosthetics on the 1980s Saint. Popular cultural icons are like that. They get preserved in aspic in our minds, forever the age they were when we remember them best.

Now when we see ex-players presenting TV, even into their 50s, they seem less like men and more like superannuated boys. We all do to a certain extent. Few of us look like our dads looked at our age. Some might argue that we’ve traded in gravitas for informality, but the Saint was a bridge between what would become two very different worlds, balancing old school authority with what would become the new school light-heartedness.

Saint and Greavsie was only on TV for a seven-year run, ending in 1992 as the Sky era barged its way into the football party like a shirtless drunk shouting the odds and starting fights, but they were seven years that redefined soccer coverage on the telly.

They showed that if you really wanted to take the game seriously you had to be able to laugh at it and that those two things were not incompatible.

They were the perfect pre-match entertainment to be watched before getting the bus to a game, or in the club over a few pints. It was part of a bygone era of Casio keyboard theme tunes, herringbone jackets and dazzling lambswool jumpers; a world where lemon and grey was a popular colour combo. But it gave us so much joy and Saint was crucial to that.

A laugh never far from his lips, a twinkle of amusement always in his eye, he warmed our hearts on many a cold afternoon both on the pitch and in the TV studio, and that is a beautiful legacy to leave.