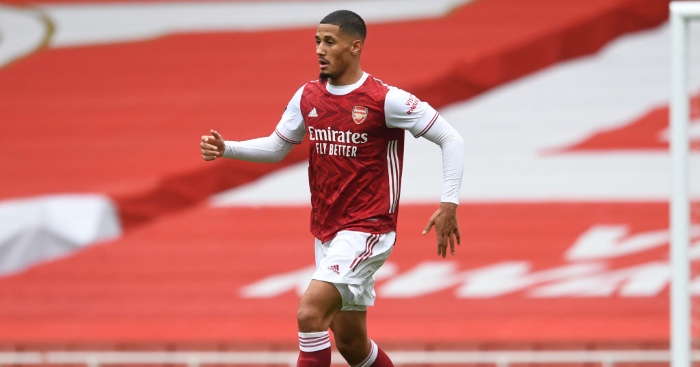 French side Saint Etienne would happily ‘welcome back’ William Saliba if the defender was to leave Arsenal, according to former Gunners right back Mathieu Debuchy.

Saliba signed for Arsenal from Saint Etienne back in July 2019, but re-joined the club on loan for the 2019/20 season.

He is now back in North London but has failed to even make the bench under manager Mikel Arteta this campaign.

That’s led to rumours of a transfer away from the Emirates Stadium before he even gets a chance to prove Arteta wrong.

Debuchy believes his club would like to have Saliba back in the team.

Speaking to Telefoot (via Goal), he said: “Whether it is in defence and perhaps also in attack. I trust the coach to provide these solutions.

“William – we know his qualities. He was very impressive at Saint Etienne.

“Unfortunately for him at Arsenal the start didn’t go the way he wanted it to, I think. There is William, there is Wesley [Fofana], these are two defenders who left us and who did incredibly well so it was loss.

“If William wants to come back this winter he will be welcome and he will have the advantage of knowing the team.”

Saliba has had to play mainly with the U23 team so far. He’s yet to make his full debut despite joining the club for a substantial £27 million fee.

Arteta and Arsenal have been accused of illogical treatment over the centre back by St Etienne manager Claude Puel.

He believes the transfer was ‘financially-motivated’ and that Arsenal have no real intention of utilising the 19-year-old.

It looks like Debuchy would happily link up with Saliba in France once again. He’s been there since 2018 after spending four years at the Emirates.