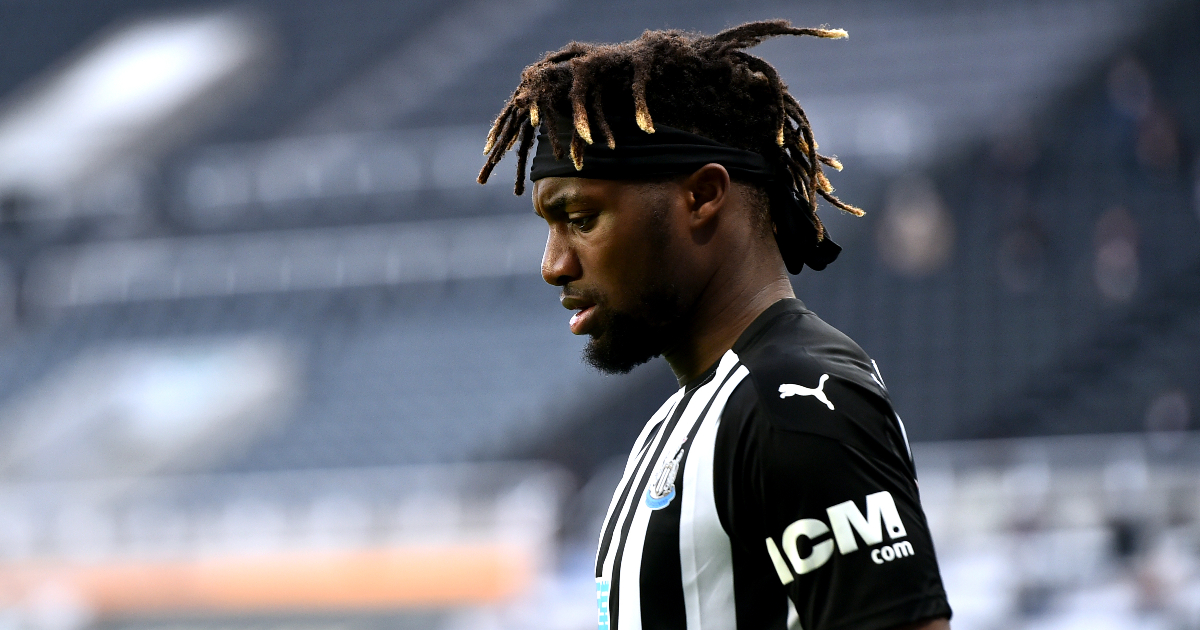 Amid reported interest from Serie A club Roma, Newcastle United winger Allan Saint-Maximin has been speaking about his future at the Magpies.

Saint-Maximin has been on top form since returning from injury and illness, helping Newcastle to safety in the Premier League under Steve Bruce.

The Frenchman’s current deal in the northeast runs until 2026, but he has insisted that he will not settle for simply fighting relegation every season.

Speaking on life at Newcastle, Saint-Maximin told Sky Sports: “The club has given me everything, the opportunity for me to show to everyone my quality in the Premier League.

“They gave me the opportunity to feel really comfortable in Newcastle.

“I feel really good with everyone – players, the coach, the fans.

“When they asked me about a new deal, I feel that I have to give.”

However, this might not be enough for the Frenchman to see out his current contract at the club, adding: “Sometimes when people give you something, you have to give back.

“But before I signed it, I had always said Newcastle should not be fighting against relegation every year.

“We have to fight for the top 10, it’s what the supporters deserve.

“Sometimes you have to think about your future, you can see Leicester winning the FA Cup, you play football to win trophies, not to fight to stay up.”

For the club to push on and avoid being in another relegation battle, ‘ASM’ believes that signing players like Joe Willock, currently on loan from Arsenal, is the right way to go.

He said: “We have to buy more players like Joe, he can be really great for the team and for myself.

“My relationship is really good with Joe inside and outside the pitch, and you can see how that helps a team when you have players like that.”

Saint-Maximin has gained many plaudits for his charity work in Newcastle. On Tuesday he was rewarded with the PFA Community Champion award for 2020/21.

The 24-year-old has frequently visited the Newcastle West End Foodbank during his time in Tyneside, donating shirts and spending time with families.

Additionally, the winger has donated packs including gift cards and chocolates to local NHS hospital staff in the area, as a mark of appreciation for their work during the coronavirus pandemic.