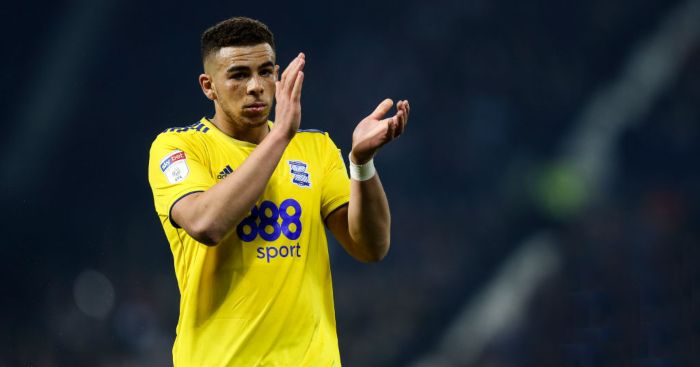 Southampton have confirmed the signing of Birmingham striker Che Adams in a reported £15m deal.

Saints claim to have ‘seen off competition from a number of Premier League suitors’ to sign Adams, who was nominated for the EFL Young Player of the Season award in March.

The 22-year-old scored 22 goals and assisted a further five in 46 Championship games in 2018/19, with Southampton having first tried to sign him in January.

They have finally landed their man for around £15m on a five-year contract, representing Ralph Hasenhuttl’s third signing of the summer.

“Che fits the profile of player we want to bring to Southampton and is very driven to show what he can do at the highest level,” the manager said.

“We have been monitoring his progress for some time now. He has shown a desire to join us above all other clubs, which shows the positive reputation Southampton has built for developing young players.

“I am delighted to have signed Che and Moussa [Djenepo] ahead of the start of pre-season. They are both young, dynamic players with the level of enthusiasm and hunger we are looking for that can help us improve as a team.”

The forward added: “I’m delighted. There was interest in January, when it didn’t quite happen, but I’m happy now that it’s all gone through.

“You can see with the track history – the amount of young players they’re playing, the gaffer’s belief in the young players, the squad in itself – where the club is going to be. I want to be part of that.”