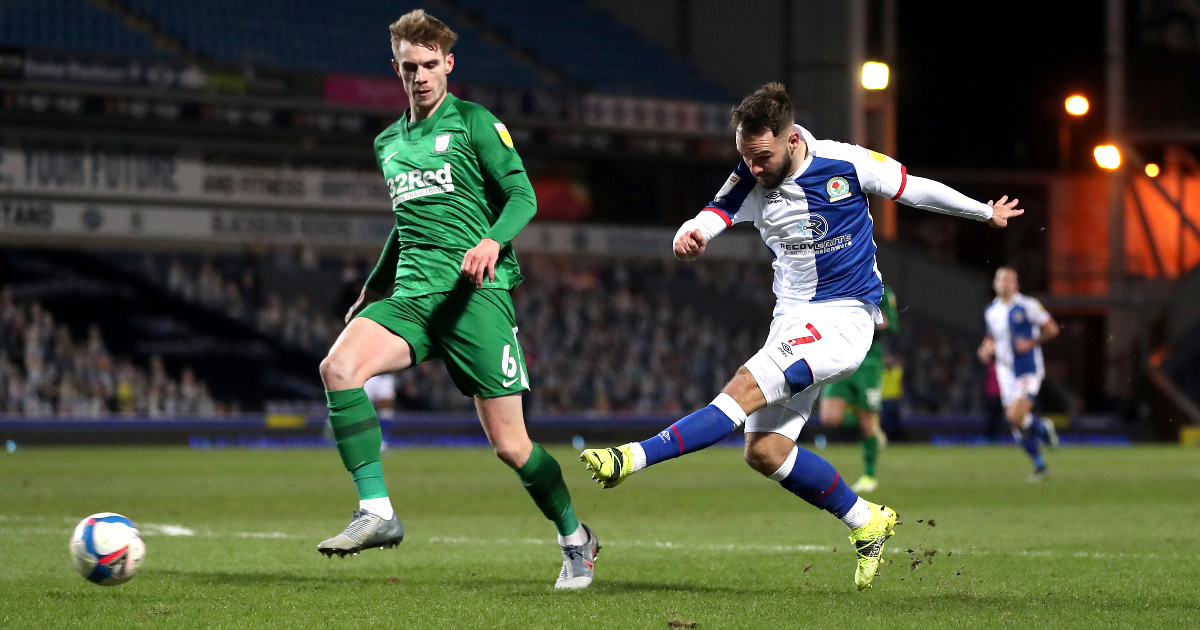 Southampton have emerged as the favourites to land Blackburn Rovers hitman Adam Armstrong this summer, as the striker enters the last year of his contract at Ewood Park.

The 24-year-old had a great 2020/21 campaign, scoring 28 goals in the Championship, finishing second in the top scorer list, behind Brentford’s Ivan Toney.

Armstrong appears to have his heart set on a transfer this transfer window, and Blackburn may be forced to oblige as they are in danger of losing the former Newcastle man on a free transfer next summer.

Five players who could do an Alex Mowatt

Rovers finished 15th in the Championship last season, a long way off the play-offs.

A transfer fee remains up in the air as things stand, with a previous asking price being £25million, which the Saints are refusing to pay.

A deal worth closer to £10m could be more likely, with Newcastle reportedly being due 40 percent of a future sale fee and Blackburn’s extortionate asking price for a player who will likely leave for free next year is likely due to this clause.

Premier League new boys Norwich City are also linked with Armstrong, but the Saints remain confident that he will come to the St Mary’s.

Southampton could be in dire need of a new striker as Danny Ings has reportedly rejected a new four-year deal at the club.

The former Liverpool man has given his all for Ralph Hasenhuttl during his time at the club and money is not a problem here, Ings is simply craving a new challenge.

Looking at the Ings situation, F365’s Matthew Stead gave his opinion on what the future should hold for the striker.

“The idea that Ings should show them loyalty by accepting the terms offered to him without a second thought is preposterous. Southampton gave him a chance after Liverpool and he took it. This relationship has only ever been mutually beneficial and both parties recognise that. Neither is indebted to the other in any way.”

“Manchester City supporters would be underwhelmed if he was the Sergio Aguero replacement but he is an upgrade on Gabriel Jesus. Manchester United might consider the signing of another forward to be overkill but any of Liverpool, Chelsea, Leicester, West Ham and Tottenham should be compelled to find either a starting place or rotational role for such a fine player.”