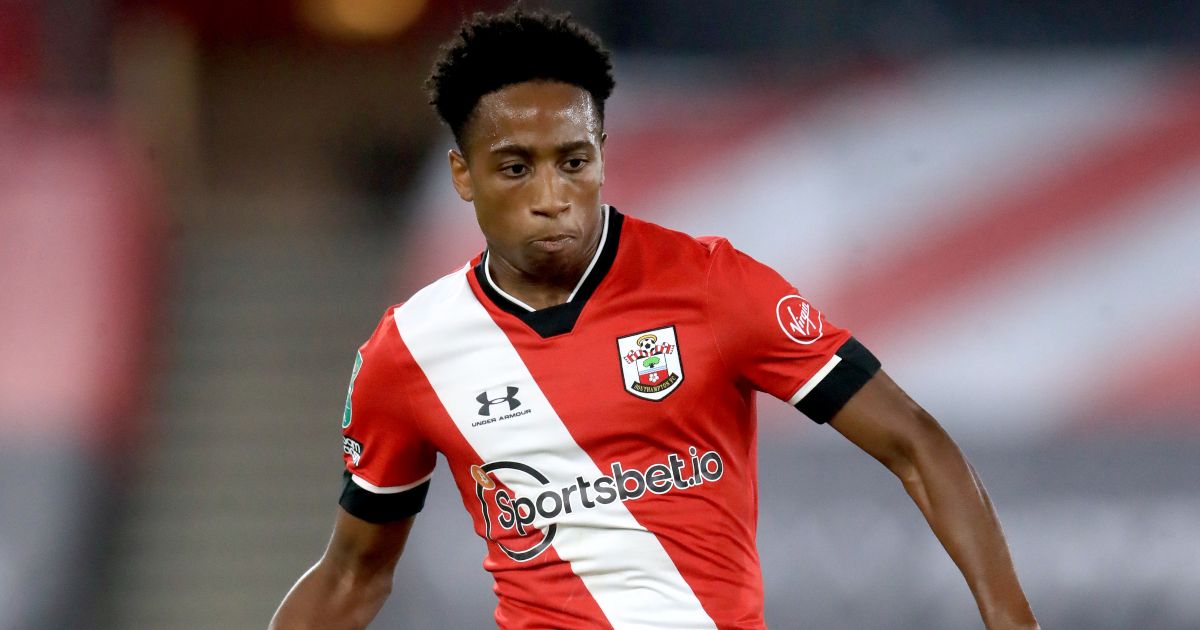 Saints boss Ralph Hasenhuttl has confirmed that Kyle Walker-Peters is set to be out for a “few weeks” with a hamstring injury.

Walker-Peters was forced off during the Premier League defeat by Wolves, having only just returned from a thigh injury.

Hasenhuttl now has a concern at right-back, midfielder James Ward-Prowse having dropped into defence during the closing stages on Sunday.

Yan Valery and Jake Vokins have been allowed out on loan, so the Saints do not have much experienced cover – with 20-year-old Kayne Ramsay another potential option rather than asking Jan Bednarek or Jack Stephens to move across.

“I am still not very happy about what is going on with our injuries,” Hasenhuttl said.

“With Kyle Walker-Peters we have another guy who is definitely out for the game, for a few weeks maybe.

“That hurts us definitely because he was important when we had the good run and played some good games.

“This is the never-ending story of this season. We always have problems with injuries.

“We have Ibra (Diallo), Theo Walcott also (out) so we miss three important players, but we have to trust the players we have.”

Southampton host Chelsea for Saturday’s 12.30pm kick-off looking to arrest a run of six straight league defeats, which has seen them slip down the table.

Hasenhuttl, though, is focussed on what challenges are in front of them, rather than what has gone wrong in recent weeks.

“It is more important to concentrate on what we still have an influence in,” the Saints boss said.

“The next game is a very tough challenge and we want to use all of our energy on that to make a good performance.

“We have showed this season what we can do when we play good football and there will come a time when things are maybe turning a little bit for us.

“In the past few weeks, everything was very much against us, but we have to take this, and now we look forward.”

New Chelsea boss Thomas Tuchel will be out to extend his impressive start, with five wins and a draw from six games in charge so far since replacing Frank Lampard.

Hasenhuttl knows the German well from their time in the Bundesliga, with Blues assistant coach Zsolt Low having also worked alongside the Austrian at RB Leipzig.

“It is obvious that he (Tuchel) knows what he does and is a manager who immediately brings his game plan into a team,” Hasenhuttl said.

“They play a completely different style of football now and this is a sign of a manager who has a clear plan that he knows what to do.”

Hungarian Low teamed up with Tuchel at Paris St Germain and his inside information on how Hasenhuttl likes to set teams up adds another factor to Saturday’s encounter at St Mary’s.

“He knows the way we play very well and that doesn’t make it easier for us, but the challenges you have always in the Premier League are not easy,” Hasenhuttl said.

“You just concentrate on what you can do best and look to have a perfect day with our team.”