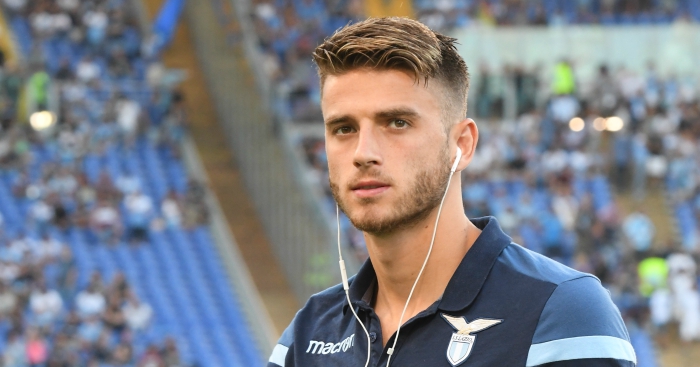 Hoedt, 23, has signed a five-year deal at St Mary’s and his arrival from Lazio comes with Southampton still involved in a stand-off with his international team-mate Virgil van Dijk.

Southampton insist that Liverpool target Van Dijk will not be sold, even though the central defender has still not joined first-team training under new manager Mauricio Pellegrino.

Hoedt has joined in a reported £15.5million deal and becomes Southampton’s third summer signing after Mario Lemina and Jan Bednarek.

He began his career at his hometown club AZ Alkmaar before moving to Lazio in 2015 where he made over 60 appearances.

Hoedt made his Holland debut against Bulgaria in March and has won four caps for his country.

“I think Southampton is a really big club, so it’s a good next step for me to come here and to play in the Premier League and try to help the best I can.”

Saints vice-chairman (football) Les Reed described Hoedt as “one of the most promising young defenders in Europe” and a “significant addition” to Pellegrino’s squad.

“Having procured a Champions League finalist from one Italian club (Lemina) we have now added an Italian Supercoppa winner from another,” Reed said.

“We believe he has all the qualities to play a big part in our future, and we have worked hard to bring him to Southampton, with a number of other high-profile clubs interested in him.

“Finding a top quality central defender is difficult in the current environment and now we have six internationals in this position, both young and experienced.

“Finding a naturally left-footed player is even more difficult.

“We have been tracking central defenders on our target list for the past 12 months and Wesley has always been at the top of that list, so it was important to act when the opportunity came.

“Wesley has proven his talent through his performances for Lazio, as well as the Netherlands, and we believe he can develop even further here at Southampton, alongside his international team-mate Virgil van Dijk, as well as the likes of Jack Stephens, Maya Yoshida, Jan Bednarek and Florin Gardos.

“With Wesley joining those players, we believe we have the right amount of quality, depth and flexibility at centre-back to help us achieve our aims this season.”