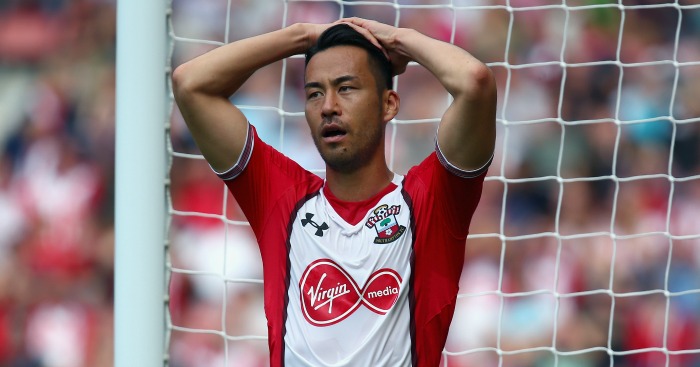 Southampton defender Maya Yoshida has committed his future to the club by signing a new three-year contract.

The Japan international, who has made 138 appearances for Saints since joining from Dutch club VVV-Venlo in 2012, has agreed terms on a deal which runs until the summer of 2020.

Saints’ football vice chairman Les Reed told southamptonfc.com: “We are extremely pleased to have reached a new agreement with Maya, who is a vital part of our squad, not only on the pitch, but off it.

“Maya is a player who has taken great strides in his game during his time with us and his influence was felt particularly last season as he formed outstanding partnerships with both Virgil van Dijk and Jack Stephens, helping the team reach the EFL Cup final.

“Maya is an excellent example for any young professional to follow and it was important to ensure that we extended our commitment with him.

“We are excited about the depth we now possess at the centre-back position for the years ahead, with Maya’s new deal strengthening our excellent group even further for the coming seasons.”

Yoshida has played every minute of Southampton’s three games this season, including the Premier League clashes with Swansea and West Ham.

His new deal is the second bit of positive defensive news for the south-coast club this week following the arrival of Dutch centre-back Wesley Hoedt from Lazio.

Yoshida, 28, said: “There was no reason to leave the club. I have been here for five years. In that time I have had difficult moments, good moments – everything.

“I feel like it’s my home and I’m very happy to continue my journey with Southampton. It’s a new chapter for my career.”