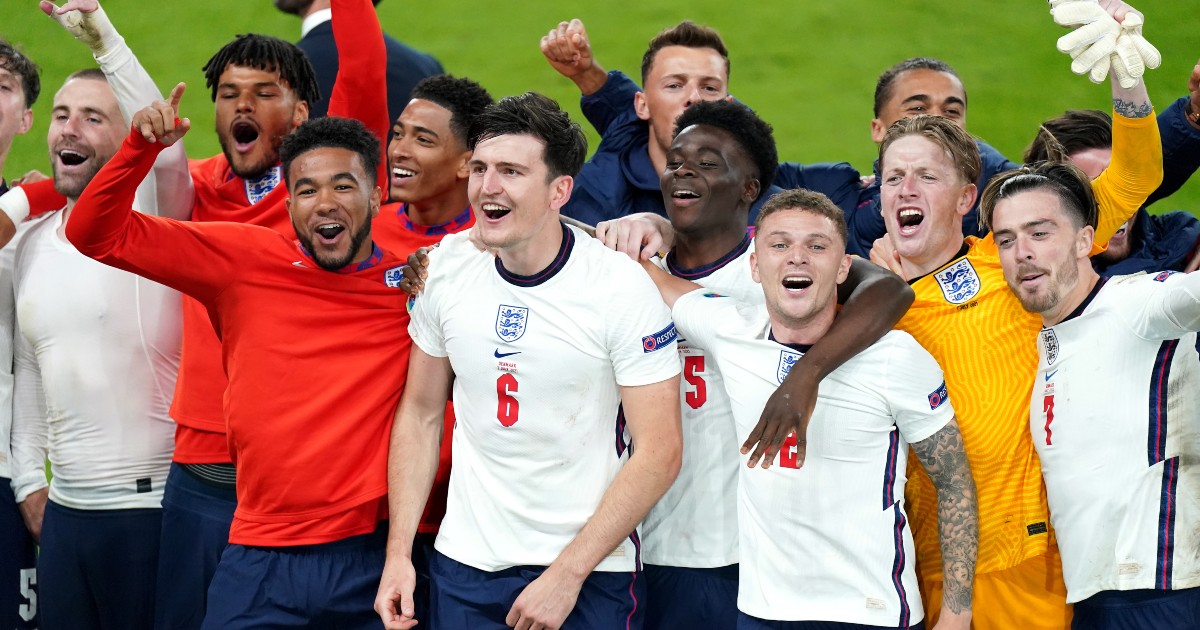 England manager Gareth Southgate will make a single change to his starting line-up for the Euro 2020 final against Italy, according to reports.

Southgate has rotated his squad throughout the tournament, making a number of personnel changes and even switching formations to beat Germany in the last 16.

There were suggestions that a back-five system might return to counter Italy on Sunday and a leaked line-up has confirmed as such.

The Sun on Sunday claim that Bukayo Saka will be dropped despite his excellent performances thus far, making way for Kieran Trippier as England utilise wing-backs to thwart Italy’s wide threat.

It is unfortunate for Saka, who missed the opening two games but has since played key roles from the beginning against Czech Republic, Germany and Denmark, laying on the equalising own goal in the semi-final.

The rest of the team seems settled, with Jordan Pickford in goal and a central-defensive three of Kyle Walker, John Stones and Harry Maguire favoured after their success at the 2018 World Cup, while Luke Shaw retains his place on the left behind Kalvin Phillips and Declan Rice in central midfield.

Harry Kane and Raheem Sterling will predictably retain their place in attack as England’s most potent forwards, but with Mason Mount drafted in on the right of a 3-4-3.

Some felt that Southgate might name an unchanged XI for the first time in 37 games but this report contradicts that.

Jordan Henderson was also touted in some corners for a start despite playing barely over 100 minutes of the tournament so far.

One player who seems unlikely to take part at all is Phil Foden, the Manchester City forward picking up a foot injury in training.

Southgate confirmed that while the issue was not serious, it was simply a case of “whether it’s going to be one that clears up in time for him to be able to take part in the game, so we’ll have to assess that again later.”