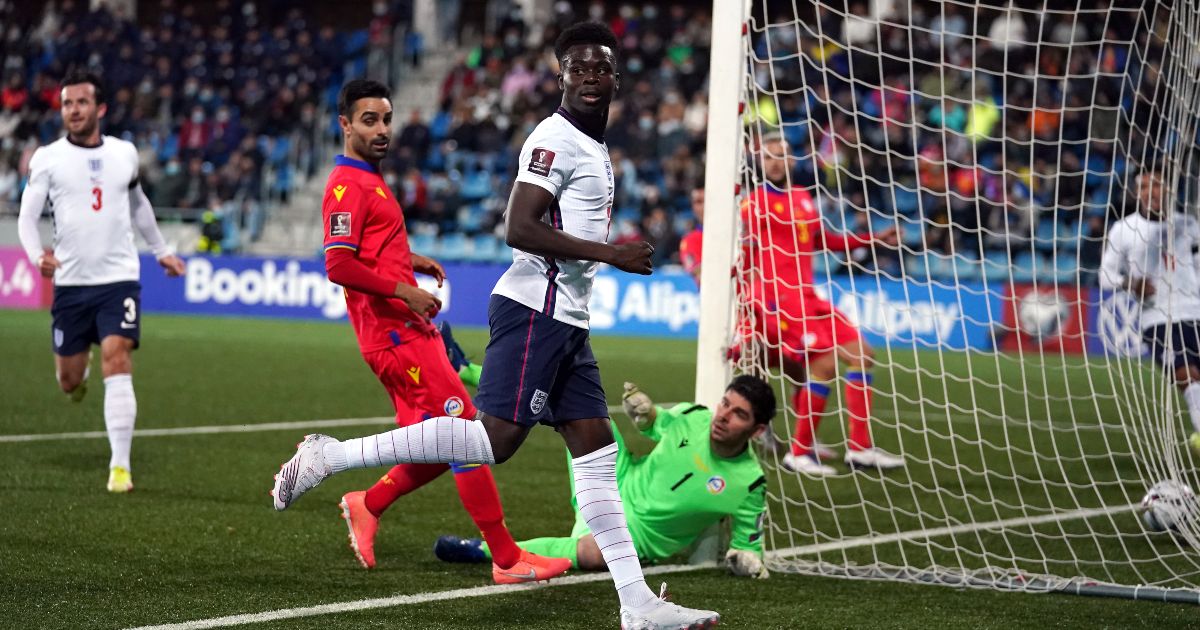 Bukayo Saka has praised Tammy Abraham for adjusting to life in Italy as the England striker toasted his international return with a goal against Andorra.

Abraham missed out on a place at Euro 2020 having fallen out of favour at Chelsea towards the end of last season.

He opted to move to Roma in the summer and link up with former Blues boss Jose Mourinho in the Italian capital.

Abraham has started the season well in Serie A and earned an England recall after being added to Gareth Southgate’s squad for the World Cup qualifiers against Andorra and Hungary.

The 24-year-old started against Andorra, his first cap in 11 months, and marked his return with a goal in the 5-0 victory.

Saka also scored in the comfortable Group I win but singled out Abraham when asked who else he was pleased for following the game.

“He’s my boy. I’m just really happy he got his goal because he’s been working really hard, he’s been in really good form out in Italy so I’m really happy for him.

“It is football and different challenges will come up and I feel he’s dealt with this one (moving to Roma) well so far, I just wish him the best and I’m happy he got his goal.”

Saka grabbed the second goal of the night following Ben Chilwell’s opener, the Arsenal forward the benefactor of a fine Phil Foden pass before firing in his third senior international strike.

“His passing is special, he is a special player and he showed that,” Saka said of Foden, who put in an eye-catching performance at the Estadi Nacional.

“We played against Andorra last month so we know how to break them down but we know it’s not easy – especially coming away here and playing on this pitch.

“They give their all to defend so it was good that we got an early goal and then we managed to get more and more and kill the game.”