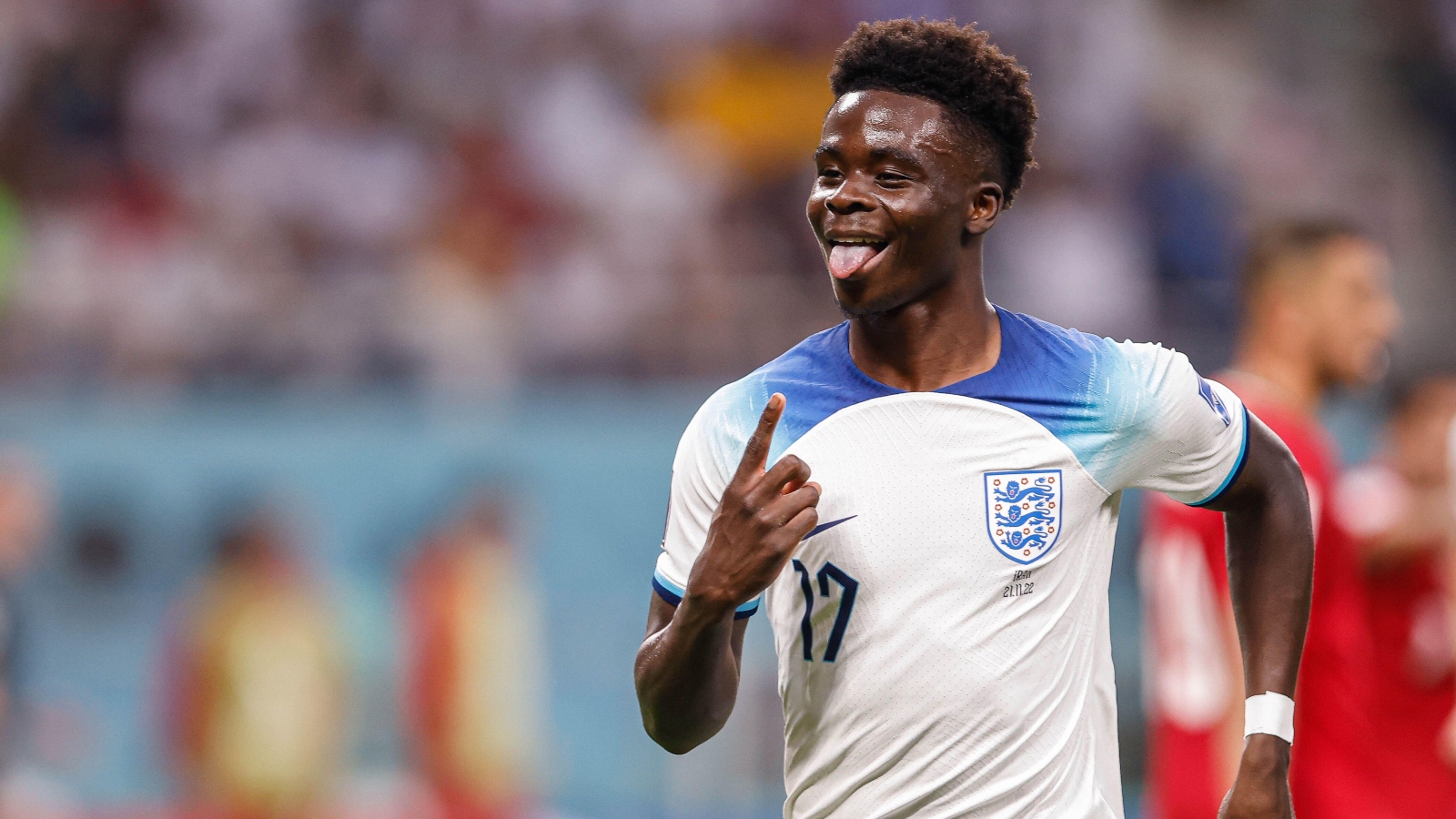 Bukayo Saka has revealed his gratitude to Arsenal legend Thierry Henry, who reached out to him after his Euro 2020 penalty miss and has taken on a mentoring role with the England international ever since.

Saka was racially abused after he missed the crucial spotkick against Italy, prompting Henry to take the young forward under his wing.

“Thierry was in touch,” Saka told The Telegraph. “It meant everything. He’s shown a lot of his character to get my number and to reach out to me.

“It’s not just from that moment. After most Arsenal games, he reaches out to me and he’s still so passionate about the club and he’s an amazing person.

“Thierry and Robert Pires have been around the club and spoken to me and helped me and they have supported me to this day, so I’m grateful to them. Of course, on the pitch, they delivered and they were magnificent and they delivered silverware for Arsenal, so they will be legends, always.”

Saka will come up against Kylian Mbappe as England take on France in the quarter-finals, but laughed off comparisons with the Paris Saint-Germain star.

Asked whether he would be the next Mbappe, Saka said: “First of all, thank you for the compliment … but no. There is only one Kylian Mbappe – and at the same time, there is only one me.

“I have progressed and matured as a player and a person since that moment [at Wembley].

“I would not have stepped up the times I have stepped up for Arsenal with penalties if I was not confident, so if the moment comes and if I am set to take it, I will be more than happy to.”

Saka says that while he and his teammates are focused on the game against France, he can’t help but dream of going all the way in Qatar.

“I always allow myself to dream. Having watched the tournament as well growing up, I remember South Africa 2010, the famous song, it’s an amazing song,” he said.

“Things like that stick with you forever and as a kid you just wake up after a dream and think, ‘I want to do this, I want to score a goal in a World Cup’.

“We have to believe that. We have to come into this tournament and believe that we can win it. Right now our focus is on the next game, France.

“It is going to be a really difficult game, but you have to try to get through that and focus on the next one and it will get closer and closer and we need to give ourselves the best chance to win it.”