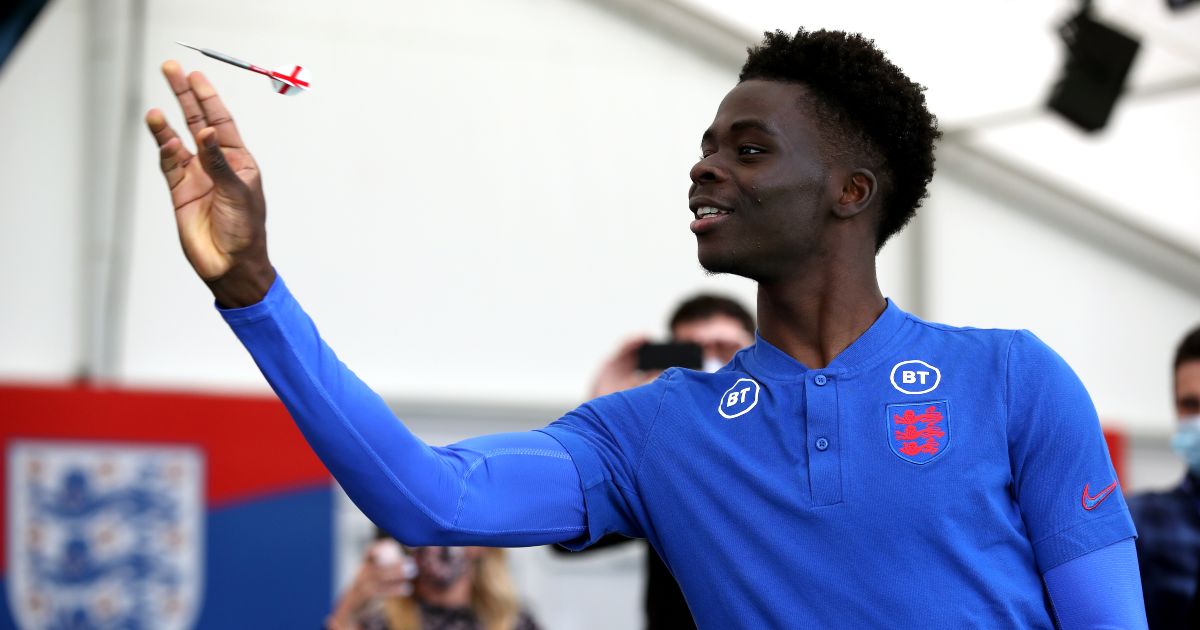 Bukayo Saka has waxed lyrical about Jack Grealish’s volley in England training which went viral on social media this week.

Wayne Rooney recently likened Grealish to England legend Paul Gascoigne and he has suggested that he would love to manage the midfielder, while Jose Mourinho said that he “reminds” him of Portugal legend Luis Figo.

A lot of England fans were keen to see the Aston Villa captain start the Three Lions’ opening match against Croatia but Gareth Southgate’s decision to start Raheem Sterling paid off as the Manchester City winger scored their only goal in a 1-0 win.

Grealish is having to make do with impressing on the England training ground for now after a video of him scoring a volley did the rounds on social media.

The Villa star told his England team-mates, ‘alright then, watch this then’ before doing several keepie-uppies and smashing the ball into the net.

And Saka has given his reaction to the video, he said: “Jack [Grealish], yeah yeah, sick man. I think that volley he did was mad you know.

“I think the volley was the one that I was trying to get my head around how to score it and I think he did it perfect you know the side winder just straight in the top bins.

“He called it before as well so that’s what made it even crazier.”

Meanwhile, Paul Merson has suggested that Grealish’s “problem” with England is that he does not “fit into Gareth Southgate’s plans”.

Merson told Sky Sports: “The problem with playing Grealish, though, is the whole nation wants him to start as he is the ‘new Gazza’. He is a top-drawer player, don’t get me wrong, but I do not think he fits into Gareth’s plans.

“And if he plays him and he rips it up. Then Gareth is under severe pressure again when he does not need to be under that pressure.

“And that is why I do not think he came on against Croatia. It was made for him with Croatia chasing the game 1-0 down. No one keeps the ball better than Grealish.”