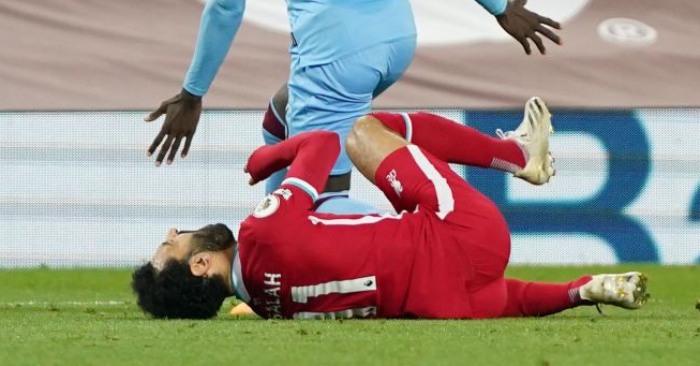 Crooks of the matter

Mo Salah does not make Garth Crooks’ team of the week on the BBC. Of course he doesn’t. He has scored seven Premier League goals this season and has clearly been one of this nascent campaign’s better performers but Crooks has only included Salah once – when he scored a hat-trick against Leeds United – and he began that particular entry with ‘What a way to reintroduce yourself to the Premier League after 16 years. I’ve never seen a side come up from the Championship and go toe-to-toe with Liverpool as Leeds United did on Saturday.’ So you get the drift.

Salah did get a mention last week, when Crooks chose Sadio Mane and wrote:

Salah has literally created more chances for Liverpool in the Premier League than any other player, but yes, he definitely ‘needs to be careful’.

This week he gets a mention once again, with Crooks blatantly choosing Jordan Henderson purely to have a pop at Salah. Six of Liverpool’s starters – including Salah – were rated higher than Henderson by media and fans, but Crooks ploughs on regardless because he wants to make a point.

‘I didn’t think it was a Liverpool penalty at the time and I still don’t. I have criticised Mohamed Salah in the past for going down in the box when not touched. I’ve no doubt contact was made by West Ham’s Arthur Masuaku but as far as contact sports go, that was no foul. However it’s the referee’s opinion that counts and Kevin Friend thought otherwise.

‘Jordan Henderson played a captain’s part in pulling Liverpool through a difficult fixture against the Hammers on Saturday. It was Henderson’s controlled pass to Xherdan Shaqiri which resulted in Diogo Jota scoring Liverpool’s winner.

You can wonder all you like, Garth. But we are absolutely sure that Henderson will do no such thing; he likely agrees with his manager, who said this on Monday:

“What can I say? It was a foul. Pretty much everyone who saw the situation thought it. Believe it or not, I spoke to Mo yesterday morning about how he feels. He has exactly three proper knocks on the foot. One of them is from the penalty situation.”

Imagine Klopp’s reaction if his captain then had a ‘gentle word’ with Salah and told him to ignore a touch from a defender and stay on his feet. He would have his own not-so-gentle word.

And in case you were wondering…no, no mention of Harry Kane. Weird oversight. Oh but Callum Wilson makes it though; apparently, his ‘craftiness to draw a penalty from Everton’s Andre Gomes was astute and so was the conversion’. Oh Garth. At least make it less obvious.

‘Since I gave Walker a rap on his knuckles a couple of weeks ago for not taking more of a leadership role, he seems to have done just that.’

You talk, they listen, Garth.

‘Regular readers will know I have been rather ambivalent about Zouma over the years. When I saw him make his debut for Chelsea, I said he could be another Marcel Desailly. I’m no longer sure about that but there is no doubt that loan spells at Stoke and Everton have clearly benefited the defender. Will he win titles with Chelsea like Desailly? Well, I’m not sure about that either.’

Is that the Desailly who won a grand total of zero Premier League titles with Chelsea? And the Zouma who already has two under his belt?

In the Daily Mirror, Stan Collymore is speaking his mind. And his mind is saying that ‘Sunday’s clash between Manchester United and Arsenal was a clash of the lightweights’.

‘Both will suck their fans into believing they can achieve something, but both have the spine and bottle of a jellyfish.’

Stan is also rather sweetly saying that Nat Phillips’ performance for Liverpool on Saturday ‘showed that…Jurgen Klopp is willing to give opportunity the chance to knock’.

He is indeed ‘willing to give opportunity the chance to knock’ if he loses three players to injury and Phillips fails to complete an expected loan to the Championship.

‘I’m really looking forward to seeing what the centre-half has to offer over 10 to 15 games.’

Does somebody want to break his heart?

We really should not be surprised. Perhaps we should be envious as the Mirror football team are far, far more successful than we are. But really this is utterly ridiculous:

Did he? Or did he appear on Sky Sports and talk extensively about his time at Tottenham? Here he is doing exactly that…

And Head of National Sports Network Desk Thomas Bristow and Sam Meade (yes, two of them) absolutely know he ‘told’ Ed Woodward nothing of the sort about a club he never mentioned, but they don’t give a shit as soon as they have got your click and the numbers on Google Analytics keep on rising.

The first line of the piece is literally this:

‘Mauricio Pochettino has outlined what made him successful at Tottenham as Manchester United continue to be linked with the out of work manager.’

Yes. He absolutely has. And part of that ‘outline’ was this sentence: “When you arrive at a new club you have to make changes.”

And from that sentence came that absolutely ridiculous headline. Is there not a point where somebody asks ‘do you think we might have possibly gone too far?’.

Oh when the Saints

‘Whisper it quietly, but some are saying that Southampton could this season ‘do a Leicester’,’ begins the piece by Tony Banks in the Daily Mirror.

Fact check: No they’re not.

‘The turnaround has been so stunning that bookies have cut Saints to 100-1 to the title.’

Fact check: No they haven’t.