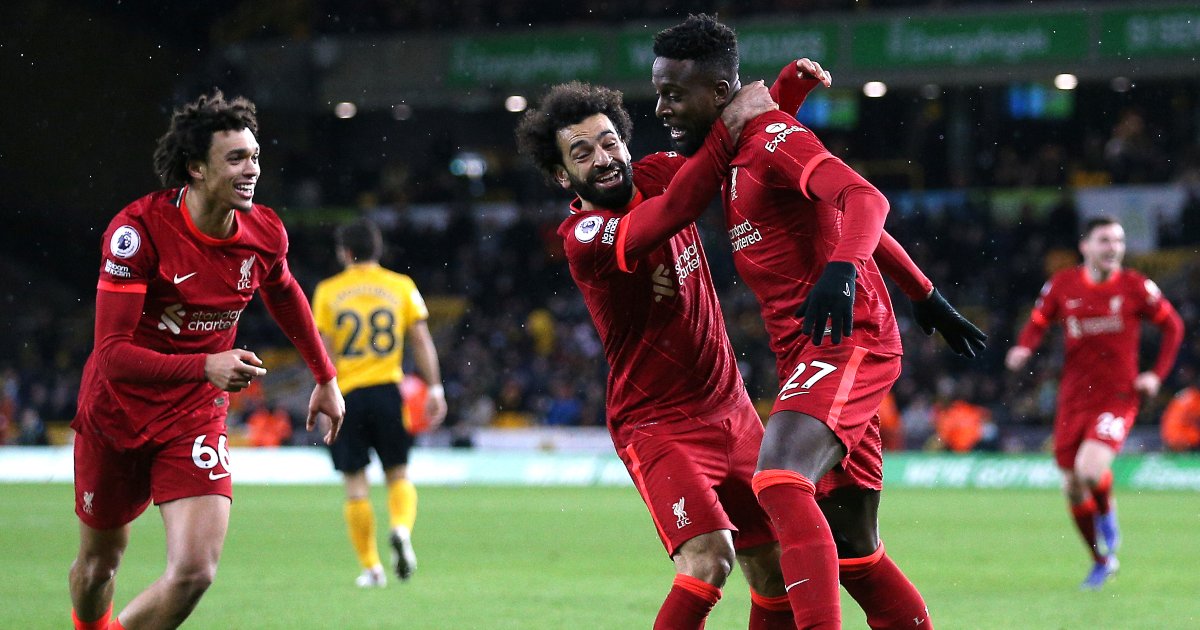 Cristiano Ronaldo tried to shut down any hurt feelings about being an also-ran at the Ballon d’Or awards in Paris last week. The Portuguese was very keen to let us all know that he wins for himself (or those that adore him) rather than ‘against’ anyone. Just so that you or I know. Any suggestion that he ever wanted more awards than that little number 10 -whatshisname – is something that he won’t lose sleep over. Really.

Meanwhile, in a minor development on the fringes, some people are getting their Snickers in a Twix over Mo Salah’s seventh position.

As Will Ford pointed out, there probably wasn’t a strong case for the 29-year-old to even be in the mixer. But such global events set the agenda for the reaction to Liverpool’s latest goal blitz. Salah was interviewed after beating up Everton’s defence in the best possible taste at Goodison Park. When asked what he thought of trailing in behind Kante, Jorginho et al, the number 11 burst out laughing: “I
have no comment.” When pressed on the potential to move up the rankings after someone spots how good he is, the follow-up was the straight man playing deadpan: “Hopefully, you never know!”

Most managers and loyalists close ranks around their own agenda with awards. Robert Lewandowski’s agent just about managed to swallow his dismay to pay a lukewarm tribute to the winner, citing Messi as an “impressive player”. The Argentinian had the decency and enough guilt to suggest a retrospective award for the German in 2020 when Covid won. Sloppy seconds being wrapped up as some consolation prize, eh? Beneath the politics, Jurgen Klopp merely suggested that his charge should have been higher up. Why sweat over the circus that will always encircle and salivate over the sardines from the UEFA trawler?

While some aim to put all their eggs into the Ballon basket, such fineries are not the counting beans that make Salah tick. His public demeanour is one of joyful insouciance, which bears no resemblance to the calculated process that lies beneath. He has a pre-existing smile, engaging and non-confrontational, but at the same time direct and clinical. Hence the devil is in the detail of his clipped answers.

When pickpocketing Seamus Coleman on Wednesday to put Liverpool 3-1 up, the forward didn’t waste any words: “I expected him to do a mistake, which he did.” It’s the way he tells ’em. Salah has an adroit charm, telling the tale of the tape like he’s lounging on a winter sun cruise with a cocktail. His laser focus on winning does not come with the bells and whistles of a look-at-me Ronaldo.

Top-level sport is essentially a messy business. Somehow, the Egyptian seems to skip away from the blood and thunder unless someone grabs hold of his shoulder and rolls him to the ground. Or attempts to punch him as some Evertonians tried. There is a deep reservoir of true grit within, but it’s the efficiency of delivery that takes your breath away. As Johan Cruyff said: “Playing football is very simple, but playing simple football is the hardest thing there is.”

You know what he’s going to do. He does it. You can’t stop it.

Salah is the true exemplar of Klopp’s development of Liverpool as a team in a whole and holistic sense. The coldness only exists in the authority of the performance and the pulling of the trigger. The German acknowledges this: “They’re human beings obviously. It’s always important in football, you need a cool head. We are still an emotional team but we have to use the emotion in the right way. That’s the plan.”

Liverpool’s performance on Wednesday ignored the roughhouse and concentrated on the football; Salah is the spearhead that doesn’t need the second invitation to score; he is the gatecrasher that lets you know what damage he will do in advance and covers the costs.

Awards are nice. Salah has a whole stack of them. It’s just that they don’t move him as much as he moves up the rankings. Before the game against Wolves, Klopp took the opportunity to swat away past allegations that the Egyptian Messi was too wrapped up in his scoring bubble: “He (Salah) was never criticised for being too selfish by us because he never was too selfish.”

The assist for Divock Origi at Molineux was his ninth of the season. Now that’s a man who thinks team.