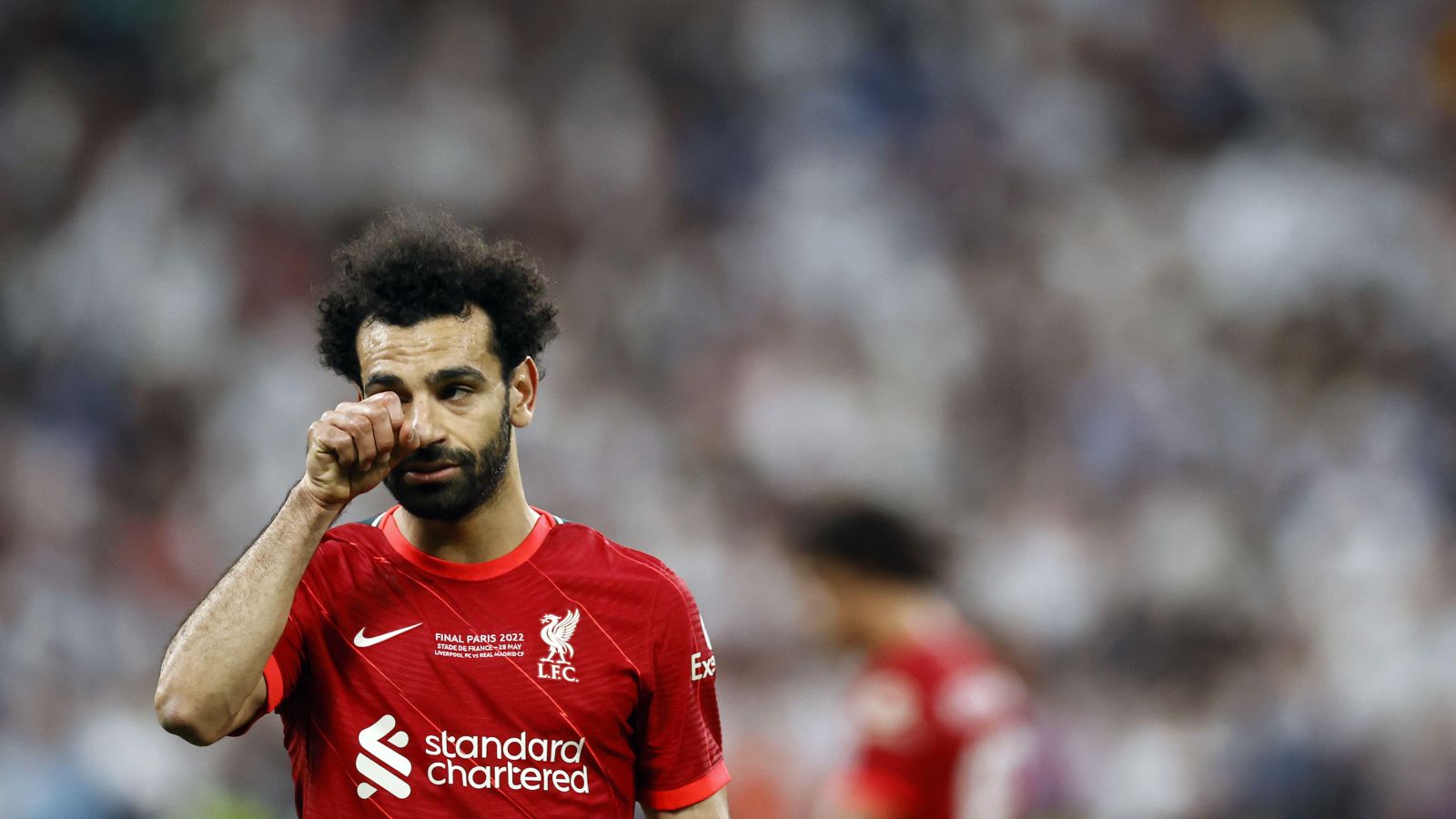 Mo Salah thinks Liverpool “deserved to win” in the Champions League final against Real Madrid at the end of May.

Jurgen Klopp’s side lost 1-0 to the La Liga giants at the Stade de France in Paris with Real winning their 14th European Cup in their history.

Liverpool, who won the League Cup and FA Cup double last season, dominated much of the first half against Carlo Ancelotti’s outfit but Vinicius Junior’s 59th-minute strike settled the tie.

And Salah, who has vowed to play for Liverpool next season as his contract ticks down, reckons the Reds “deserved” to beat Real on the night as they had the better chances to win the match.

“We deserved to win, we had more chances, I got two or three quite big ones but, each time, Thibaut Courtois made incredible saves,” Salah told L’Equipe.

“It’s his job, Real recruited him for that. He earned his Man of the Match award. It was his evening.”

Liverpool win the Champions League in 2019, just a year after they lost to Real Madrid in the 2018 final and Salah is hoping history repeats itself in 2023.

Salah added: “Here again, I draw inspiration from the past. In 2018 we lost the Champions League final, already against Real Madrid and the following season we were European champions.

“That’s what I’m aiming for. We must always look ahead, not complain.”

At one point Liverpool were on for an unprecedented Quadruple before Manchester City narrowly beat them to the Premier League title.

It was a successful season overall for the Reds and Salah with the Egypt international scoring 31 goals in 51 matches for Klopp’s side.

Salah continued: “Of course, there were these big disappointments, but can we talk about a failed season? I don’t think so.

“I ended up top scorer and top assister in the Premier League, I was voted player of the year by English journalists and by my peers.

“I was consistent and decisive all season and Liverpool produced exciting play and won two trophies. You don’t have to darken the picture.”