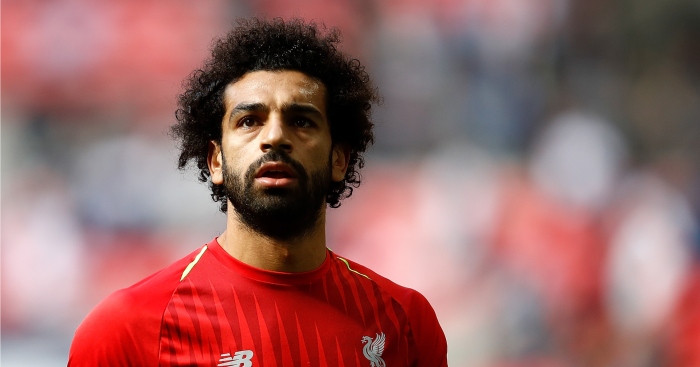 With all the fuss about Mohamed Salah, Harry Kane and Romelu Lukaku struggling in front of goal, we thought we would look at the players who have missed the most ‘Big Chances’, as defined by Opta as ‘a situation where a player should reasonably be expected to score’. These players have all missed four or more such chances…

‘Becoming the season of costly chances for Lukaku’ was the verdict of the Manchester Evening News after another chance was rattled against the post at West Ham. It’s the one against Tottenham that will be remembered least fondly, mind.

You know, all big strikers miss chances. Granted, Lukaku has missed a lot this season. But he has had better conversion rate than the likes of Salah last season. United don't create enough for him.

Simply not an elite striker. Scored against Fulham in a 1-1 draw but absolutely could have won the match twice over. And was denied against Arsenal by Bernd Leno. There’s a reason why he is one of the most expensive uncapped Englishmen in the Premier League.

Mo Salah is not the only Liverpool forward who has started the season at less than a canter. There are reasons why Jurgen Klopp is very pleased indeed to find a perfect Plan B in Daniel Sturridge right under his nose.

Looking back, Shaqiri, Salah and Firmino all missed big chances. Hazard should’ve also scored a second. Draw probably the fair result in the end. And if we’re going to concede then I’m happier to concede to a wonder strike.

Oh his eight Big Chances this season, two were penalties (and were scored), five have been missed and just one was tucked away. Kane has – as is traditional – started the season looking more than a little rusty, but there were signs against Huddersfield that he could be back, back, back. Just in time for Barcelona.

“The ball and the foot was not exactly right,” admitted Jurgen Klopp after Salah missed the second of two gilt-edged chances against Chelsea. Read this for reasons why Liverpool fans should not be worried. Basically, he has had more shots on target (12) than any other player and nobody has had more Big Chances (8).

Already beloved of Wolves fans for his hold-up play and selfless running, but it is becoming very clear why the Mexican has never scored more than seven league goals in a season in Europe. “Maybe we have to score more. We had a lot of opportunities to do it,” he admitted after he took six shots against Burnley and scored just once.

When Gareth Southgate named his last England squad, Callum Wilson was incredibly unlucky to miss out. Now he would be lucky to even be in the conversation after Monday night’s clash with Crystal Palace was his fifth in a row without a goal.

Nice 3 points tonight! Great character after last week, shame about the sitter I missed though!!!!😩💩😏

It’s pretty damning when you have played just 247 minutes of Premier League football and still managed to miss seven Big Chances. Jesus is still only 21 so there are mitigating factors, but we had expected him to be closer – not further away – to usurping Sergio Aguero after almost two years in England.