Home All The News Salah: Mane injury ‘bad news for everyone’ 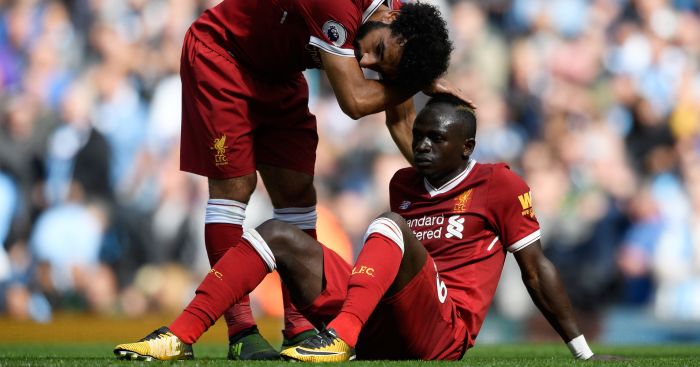 Mo Salah has spoken of his disappointment over Sadio Mane’s injury ahead of the weekend’s clash with Man Utd.

The Red Devils visit Anfield on Saturday lunchtime sitting joint top of the Premier League having dropped only two points all season.

Liverpool have drawn three and lost one of their seven games so far and they must face United without one of their most influential players.

Mane sustained a hamstring injury while on international duty with Senegal and Salah is disappointed for his team-mate.

“I texted him when he was at the national team and then when he came back. He told me then he was injured so that’s bad news for everyone,” Salah told the Liverpool Echo.

“But that’s football and anything can happen. Now we have to focus on the game and keep moving forward.

“It’s a big game on Saturday, everyone in the world will watch the game. It’s a big game for us too because we have to keep fighting and improve our results. I hope we can get the win.

“We always fight in each game, but this game is a big game and can make a difference for us. We have to improve our place in the table. We have to fight and try to win the game.”