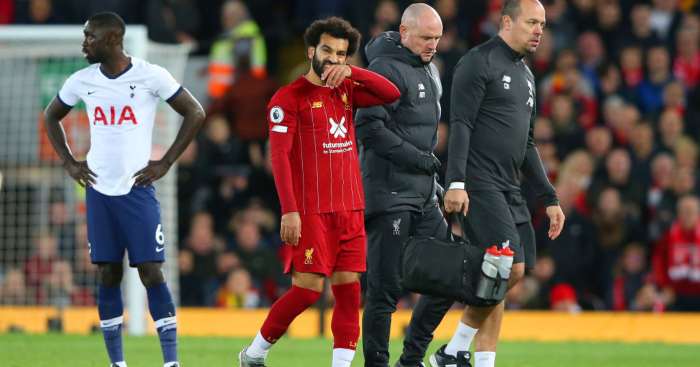 Salah’s eighth goal of the season, the winner from the penalty spot, was his 50th in 58 games at Anfield and only Roger Hunt has reached that half-century quicker.

However, he was replaced five minutes from the end after receiving treatment on the left ankle which he injured against Leicester earlier this month and kept him out of the previous match at Old Trafford.

Salah left the ground walking much easier than when he sustained his sprain against the Foxes and Klopp said the forward, who was unlikely to feature in Wednesday’s Carabao Cup tie at home to Arsenal anyway, was removed as a precaution.

“It’s the ankle, the ankle he has struggled with since the Leicester game,” said the Reds boss.

“It’s good but the longer the game goes the muscles get a bit tired, stuff like this, (and) if you get a knock on it then you feel it more.

“It makes no sense to try to push it through because we had other players, still options to change, and that’s what we did. No, nothing serious.”