Home All The News Salah: The Premier League is now the most important thing 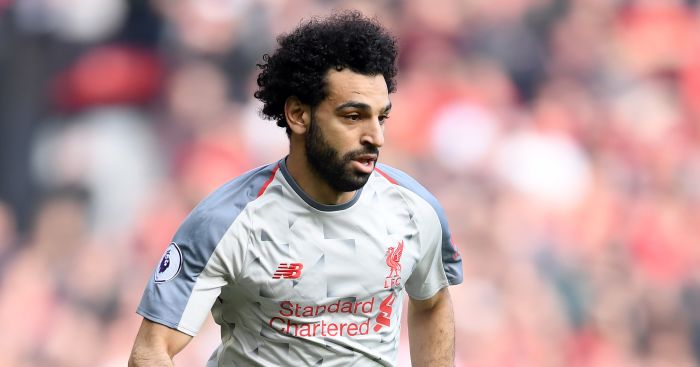 Mohamed Salah is ready to put the overall aim of the team in front of any individual records as Liverpool chase their first Premier League title.

The Egyptian is currently joint-top scorer in the Premier League alongside Manchester City’s Sergio Aguero, while Liverpool lead the Citizens by one point at the top of the table.

Salah could become the fastest player in history to reach 50 goals in the Premier League for one club if he scores in the Reds’ match against Watford at Anfield on Wednesday night.

That would see Salah hit 50 goals after only 64 matches with Alan Shearer the current record holder when he did it for Newcastle United in 66 games.

“It would be nice to score number 50, number 51 and 52! I always push myself to score more goals and to perform better,” Salah told Sky Sports.

“Of course, records are nice, but for me, the Premier League is now the most important thing.

“It is a very big week. There are three games in eight days and if we can do well in them and still be top of the table that’s big for us.

“After that, there will only be nine games left and we will have time to recover for them and time to think about that.”

On still seeing himself as a natural winger, Salah said: “I have played at centre-forward a lot this season but I still also play as a winger and have scored many goals as a winger.

“I don’t like to brand myself a No. 9 because the way I play, it’s never like I hold the ball and am always physically strong.

“As a striker, I have to drop deep to get the ball and go past the players so, even when I play as a nine, my position is a different type of game to many centre-forwards.

“I am always trying to help the team score goals and I am still one of the top scorers in the Premier League so I am happy about that.”