Home All The News Salah: What Drogba told me breaking about his Prem record 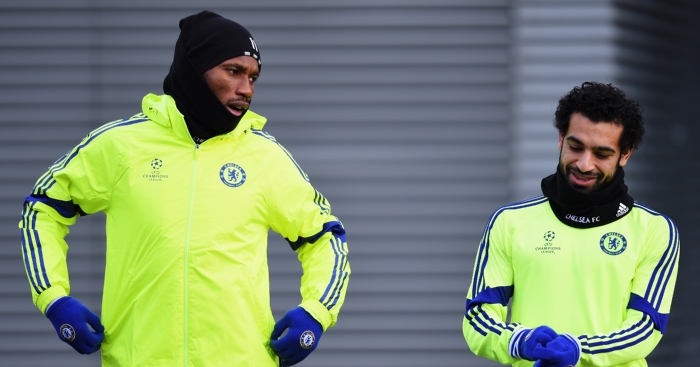 Salah netted 32 goals in his first season at Liverpool after his move from Roma.

The Egyptian set a new benchmark for goals in a 38-game season, but also passed the 29-goal mark Drogba set for most goals by an African player in one campaign.

Salah says Drogba cheered him on as he set a new record.

“When I reached 20 goals, I spoke with Didier Drogba,” he told L’Equipe Magazine. “He told me: ‘Please, break the record!’ to which I responded laughing: ‘No worries, I will!’

“And I managed [it]. So I thought to myself, I have quite a few games to play before the end of the season, I can break the all-time record! It’s a great source of joy for me.

“Our style of play helps. Jürgen Klopp often asks that I be at the heart of play, and remain close to the opponent’s goal.

“He knows how to get the most from his attacking players. Just looking at the amount of goals we’ve scored in the Premier League and Champions League.

“From day one, he’s considered me a friend. We are close, even though he’s the boss, and I’m a player. The quality of my teammates and their desire to help me score has also helped in my success. Plus, I work hard every day, with that desire to improve.

“This season, we have each scored plenty of goals.

“We are not selfish, and look to help each other shine. Off the pitch, we are friends. We are happy together.”