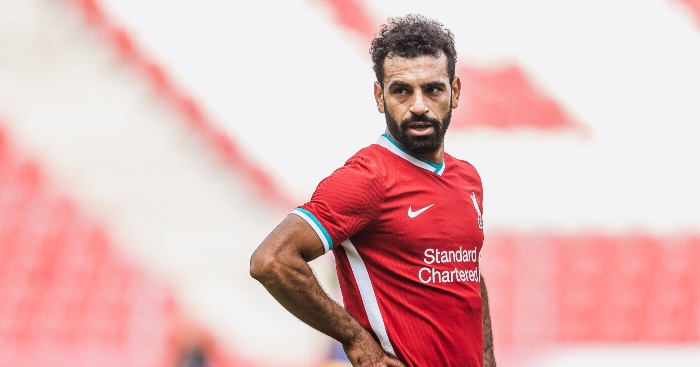 Mohamed Salah reportedly wants to leave Liverpool for Barcelona, after Ronald Koeman made the forward his top target.

The Egypt international has been pivotal to Jurgen Klopp’s success at Anfield, scoring 97 goals in 154 appearances for the Reds.

But Klopp faces a battle to keep Salah, with Koeman keen to make him part of his Barcelona rebuild.

That is according to his close friend Sjaak Swart, who also represents new Manchester United star Donny van de Beek.

Swart told voetbalzone.nl: “I know Koeman wants him – and I know Salah would like to go.”

When pressed to reveal the source of his information, Swart added: “I can’t.

“I am not going into any more details, but just believe me that I know.”

Should Salah leave it would be a huge blow to Liverpool’s hopes of retaining the Premier League title; they would not have won their opener on Saturday were it not for his hat-trick.

After the 4-3 win over Leeds, Klopp told Sky Sports: “I congratulated everyone of their team, what a team they are.

“Unbelievable. I will watch them quite often during the season.

“What a game, what an opponent, what a performance from both teams. A proper spectacle, I loved that.

“It is pretty rare you see that many goals in a game, we have left space for improvement in our defending but that is not unusual for a first game.

“Our players have played a few days ago for their countries so it is possible.

“The opponent forced us to make mistakes, we can do better, we will do better but I loved a lot about the game against a well-organised, passionate side like Leeds.

“We used our skills to cause them problems, we could have scored more and in the end we used set-pieces which is fine by me.

“It is not like riding a bike, you can lose something in pre-season and it takes time to all come together again.

“I am really positive about this game. Leeds will have a good season if they can keep up that intensity and they did it in the Championship with more games so why not?”