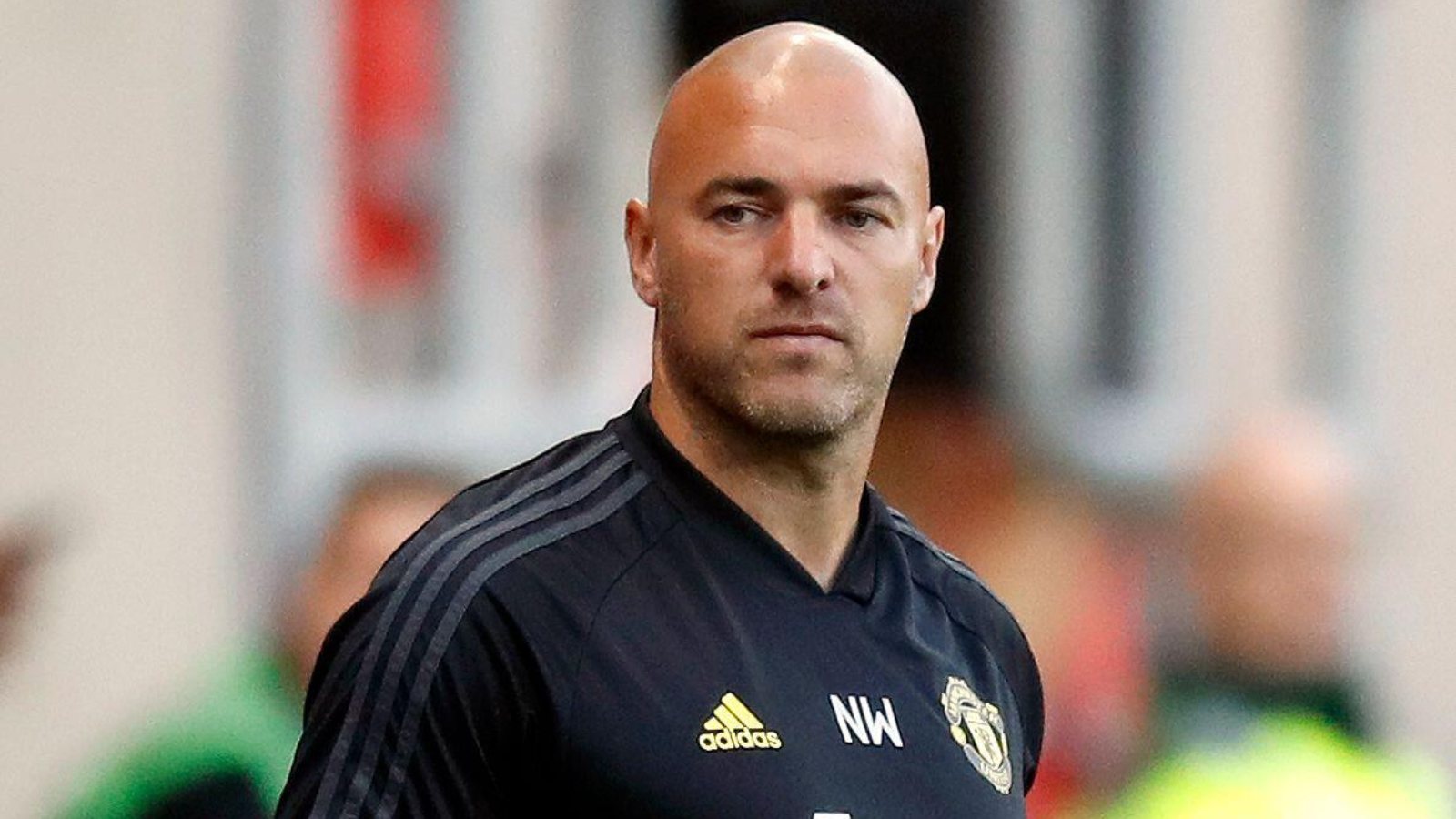 Salford City have gone through managers in an attempt to do something other than stand still. Now they have a man with a plan.

It is easy for clubs with grand ambitions and the accompanying finances to get sucked into signing big-name players and expecting it all to just happen. For Salford City, that had worked to a tee and then to a degree as the Ammies rose through the non-leagues to become regulars at the EFL table over the last few years.

But the Class of ’92-owned club have not found life in League Two quite as much to their liking after their stratospheric rise from the eighth tier of English football when Gary Neville and co. took joint-ownership eight years ago.

For all the collective wealth of experience and money amongst its decision-makers and investors, Salford were and are making the same mistakes as many a newly-rich club. Sign big players, appoint a well-known manager and hope that enough sticks to the wall to constitute success.

The last few seasons have not been a failure, but they have not been a success either. Former joint managers and masterminds of the rise through the non-leagues, Bernard Morley and Anthony Johnson, had their limitations but were good in getting the club where they needed to be. The three successors – Graham Alexander, Richie Wellens and the recently departed Gary Bowyer – were all bigger names with nary a semblance of continuity or planning between them.

Like with the richly assembled squad laid out before each of them, success was expected without the prior planning and groundwork required. Salford have reached a level where it needs more than being the richest boys in the playground to intimidate their contemporaries. Three top-half finishes without ever reaching a play-off campaign is the definition of consistency, but consistency has not been enough.

With short-term strategies and a myriad of signings every summer largely comprising of players from higher divisions, upper mid-table was the minimum expectation. When it comes to Football League achievements, none of the trio that have followed Morley and Johnson has delivered. Bowyer, who had the longest spell in charge before seeing it come to an end this month, left the club pretty much where he found them.

For a team and club so used to moving up in the world, keeping afloat is not enough. But another short-term fix won’t do. When Bowyer was relieved of his duties in May, former Manchester United player and esteemed EFL manager Michael Appleton was the obvious yet sensible choice, albeit tarnished slightly by a season of struggle with Lincoln in 2021/22.

But even then, it felt like a case of being more of the same. Instead, the announcement that Manchester United under-23 manager Neil Wood would be the new man seems to signify a turning of the tide in this corner of Greater Manchester.

Wood endured a tough playing career which started at Old Trafford and was blighted by injuries, cutting short his days as a creative and talented midfielder. Instead, he put in the hard yards to become the highly respected coach he is today.

It feels like that is exactly what Salford needed. For all the former Old Trafford boys to litter the directors’ box and the line-ups over the years, a former United man is yet to take to the touchline. Wood has had close involvement with co-owner Nicky Butt during their time working together at the Red Devils, and it would be foolish to dismiss this as being a job for the boys.

But a job for the boys is more than acceptable when it presents Salford with the chance to push onto the next stage of their development. Being a promoted club from the National League and doing okay in League Two is not just the norm; it is somewhat expected. No club has ever made an immediate return to the National League since automatic promotion and relegation were introduced between the two divisions three decades ago. Sutton United have proved that it is possible to come up and fight for promotion with far less resources and are far from alone in that respect.

Salford should not be competing for promotion to League One because they have the financial backing; it is the trajectory expected of clubs in their position. That money to run the club should be being used well enough to propel the Ammies to the next division with relative ease.

But rather than aim for perennial shortcuts, Salford have started the summer with the first positive steps in showing that this particular leopard can change its spots. Big names have not worked. A longer-term plan was needed to make the most of this club’s continually rising potential, and Neil Wood could be the man who helps deliver on that with his outstanding ability to develop younger players, as has been the case during his time at Old Trafford.

If Salford are serious about making the next steps in their development, hiring a man who specialises in forward progress is a mighty fine way to start the summer and beyond.